View our Bookstore
Connect with Acquisitions
Explore our Journals

From AIDS to Population Health

You Can't Go to War without Song

Griot Potters of the Folona

My Kingdom for a Guitar

Movement of the People

The Lost World of Russia's Jews

A Guide to Sky Monsters

The Legend of Bigfoot

Folklore in the United States and Canada

Handbook for Folklore and Ethnomusicology Fieldwork 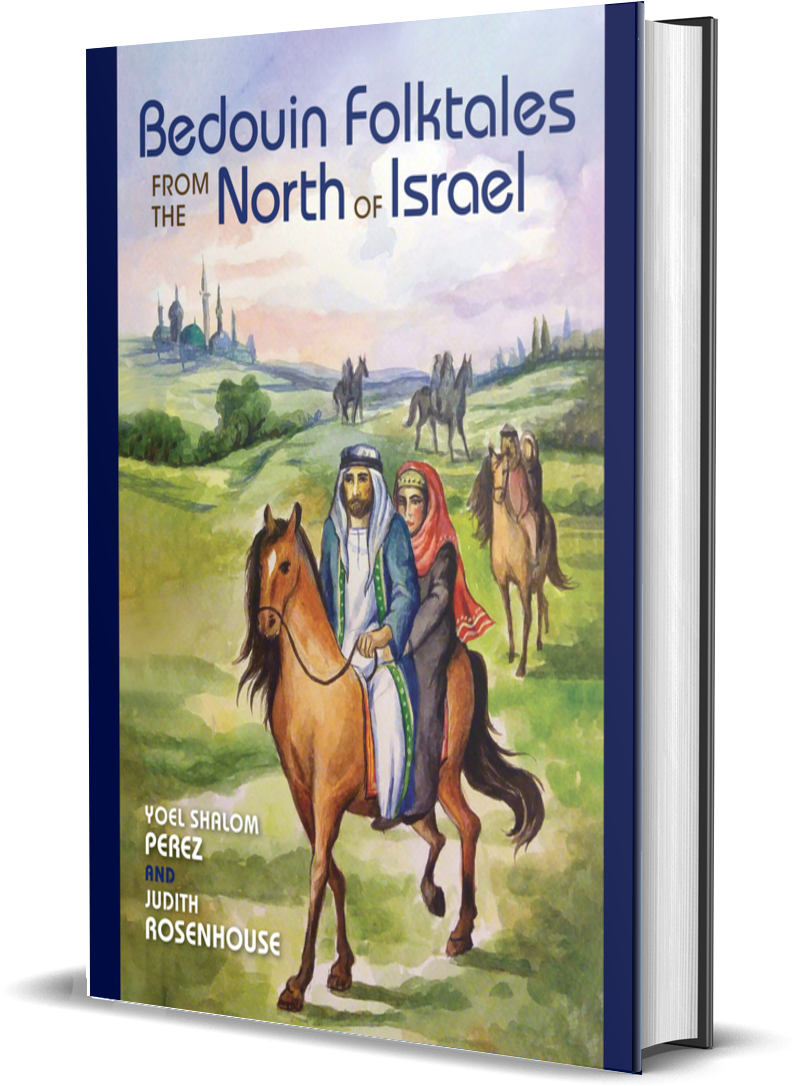 Bedouin Folktales from the North of Israel

Galilee has been a crossroads of cultures, religions, and languages for centuries, as illustrated in these fascinating Bedouin folktales, which offer excellent examples of the Arabic narrative tradition of the Middle East.

Bedouin Folktales from the North of Israel collects nearly 60 traditional folktales, told mostly by women, that have been carefully translated in the same colloquial style in which they were told. These stories are grouped into themes of love and devotion, ghouls and demons, and animal stories. The work also includes phonetic transcription and linguistic annotation. Accompanying each folktale is a comprehensive ethnographic, folkloristic, and linguistic commentary, placing the tales in context with details on Galilee Bedouin dialects and the tribes themselves.

A rich, multifaceted collection, Bedouin Folktales from the North of Israel is an invaluable resource for linguists, folklorists, anthropologists, and any reader interested in a tradition of storytelling handed down through the centuries.

"I find him to be a kindred spirit, a sympathetic but shrewd enquirer, a companionable stroller, and a lover of anecdotes gathered by the wayside."

So Tim Robinson described folklorist, revolutionary, and district justice Seán Mac Giollarnáth, whose 1941 book Annála Beaga ó Iorras Aithneach revealed his sheer delight in the rich language and stories of the people he encountered in Conamara, the Irish-speaking region in the south of Connemara. From tales of smugglers, saints, and scholars to memories of food, work, and family, the stories gathered here provide invaluable insights into the lives and culture of the community. This faithful and lovingly crafted translation, complete with annotations, a biography, and thoughtful chapters that explore the importance of the language and region, is the final work of both Robinson and his collaborator, the renowned writer and Irish language expert Liam Mac Con Iomaire.

Translated into English for the first time, Conamara Chronicles: Tales from Iorras Aithneach preserves the art of storytellers in the West of Ireland and honors the inspiration they kindle even still. 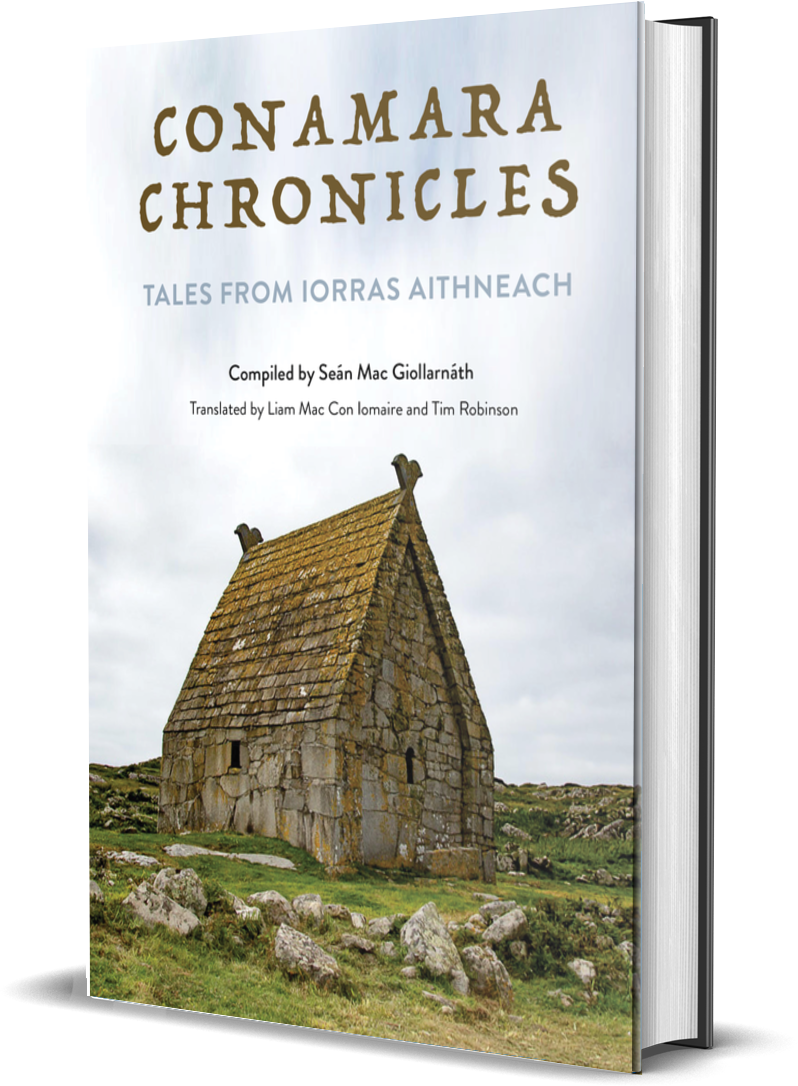 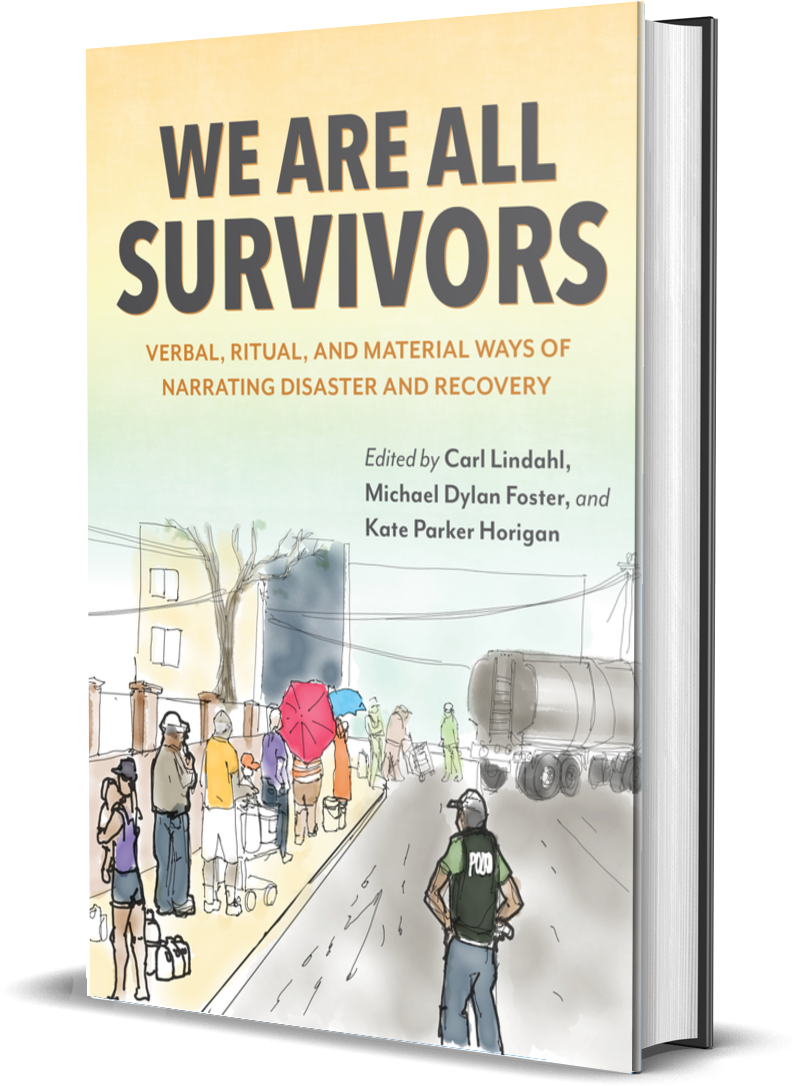 We Are All Survivors

Verbal, Ritual, and Material Ways of Narrating Disaster and Recovery

What is the role of folklore in the discussion of catastrophe and trauma? How do disaster survivors use language, ritual, and the material world to articulate their experiences? What insights and tools can the field of folkloristics offer survivors for navigating and narrating disaster and its aftermath? Can folklorists contribute to broader understandings of empathy and the roles of listening in ethnographic work?

We Are All Survivors is a collection of essays exploring the role of folklore in the wake of disaster. Contributors include scholars from the United States and Japan who have long worked with disaster-stricken communities or are disaster survivors themselves; individual chapters address Hurricane Katrina, Hurricane Maria, and two earthquakes in Japan, including the earthquake, tsunami, and nuclear disaster of 2011. Adapted from a 2017 special issue of Fabula (from the International Society for Folk Narrative Research), the book includes a revised introduction, an additional chapter with original illustrations, and a new conclusion considering how folklorists are documenting the COVID-19 pandemic.

We Are All Survivors bears witness to survivors' expressions of remembrance, grieving, and healing. 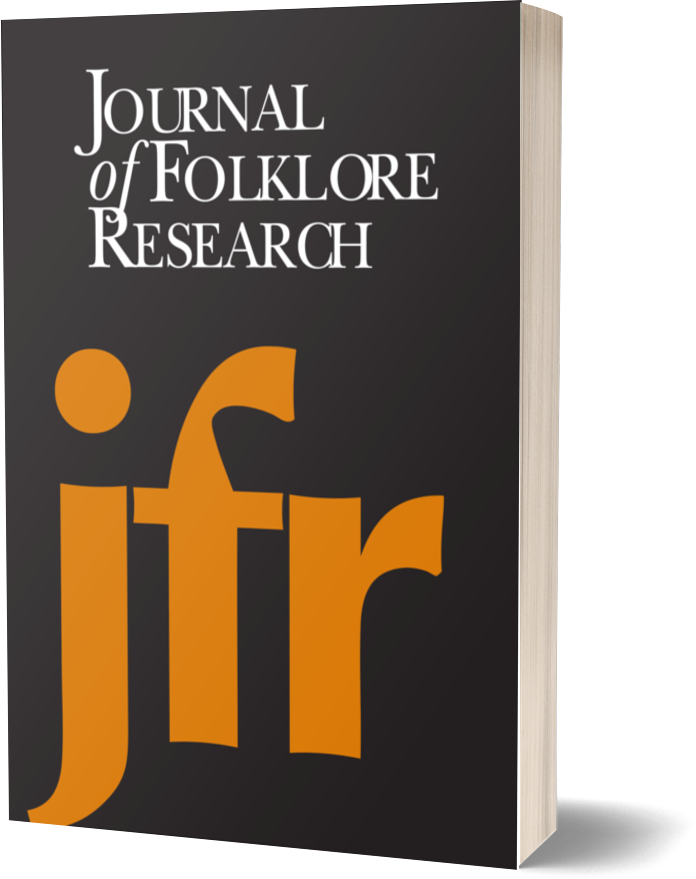 The Journal of Folklore Research, provides an international forum for current theory and research among scholars of traditional cultures. Each issue includes articles of theoretical interest to folklore and ethnomusicology as international disciplines, as well as essays that address the fieldwork experience and the intellectual history of folklore. Contributors include scholars and professionals in such additional fields as anthropology, area studies, communication, cultural studies, history, linguistics, literature, performance studies, religion, and semiotics. 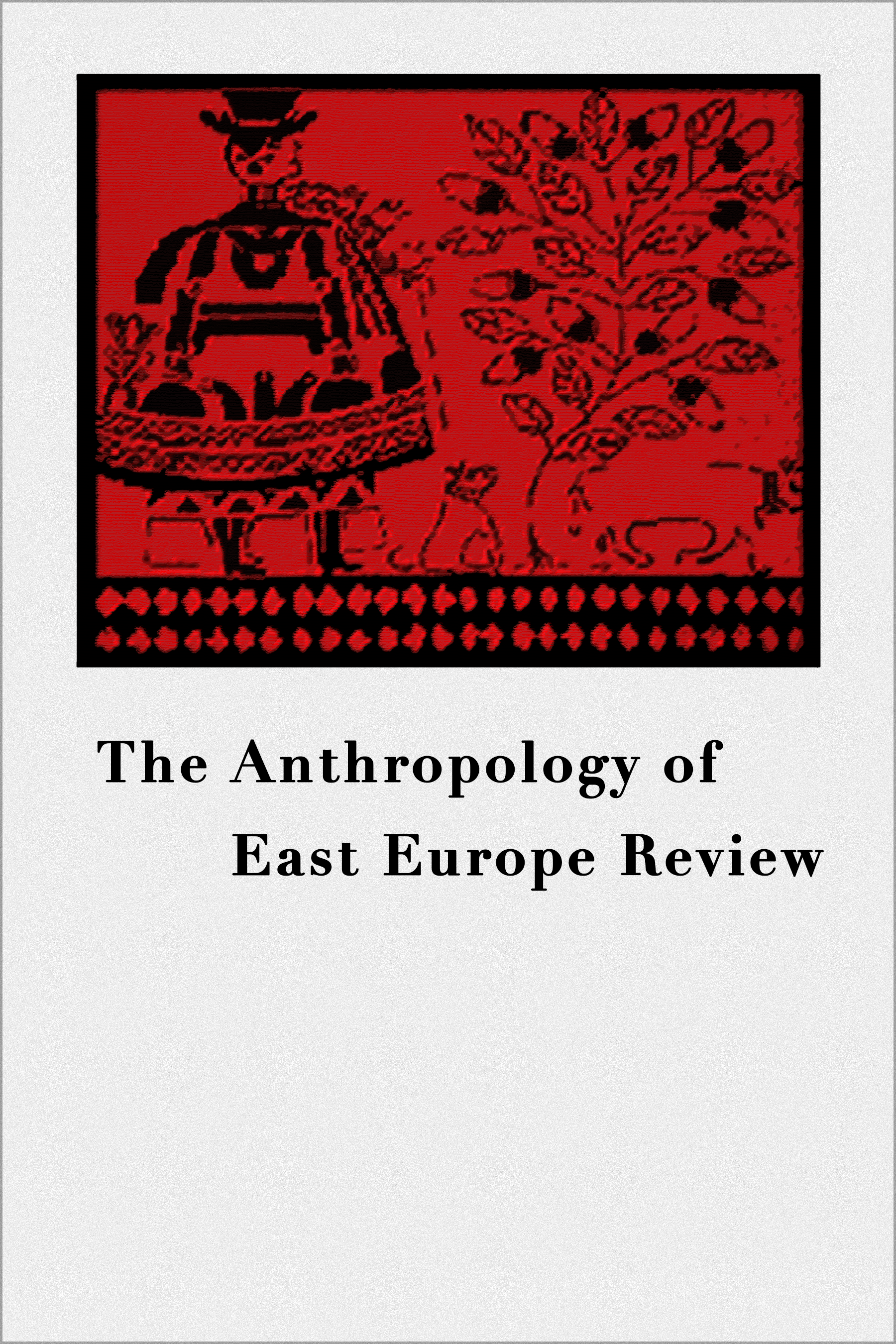 Anthropology of East Europe Review is a biannual open-access journal of scholarship on Eastern Europe, Russia, the Balkans, and Central Asia. Its mission is to showcase fresh, up-to-date research and to help build a community of scholars who focus on the region. 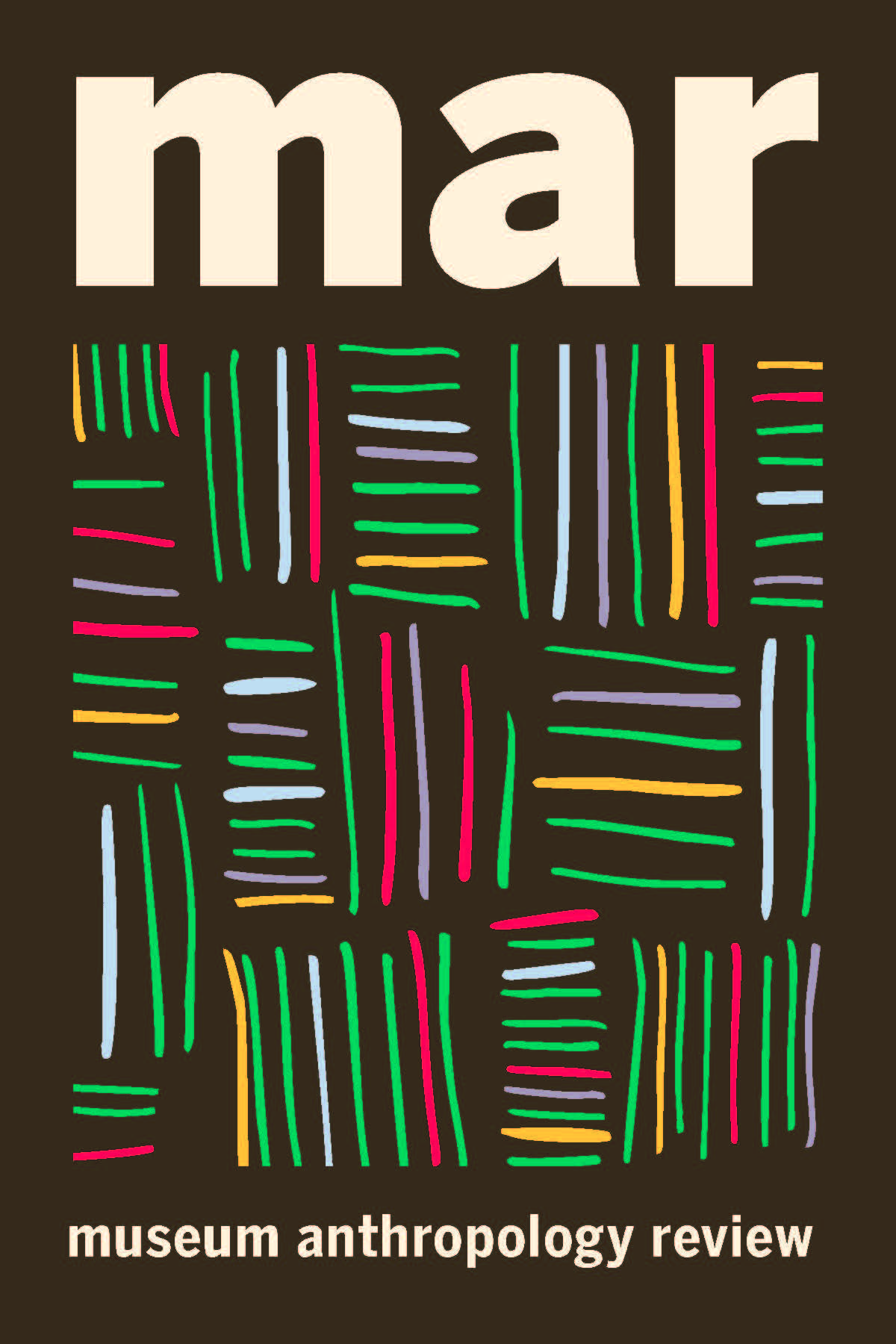 Museum Anthropology Review is a peer-reviewed journal committed to the advancement of museum and material culture studies. Working at the intersection of museum anthropology, museum ethnology, and museum-based folklore studies, MAR also publishes work in adjacent disciplines concerned with material culture and museums, including vernacular architecture studies, archaeology, linguistic anthropology, religious studies, museum studies, cultural history, non-western art history, and ethnomusicology. Founded to pioneer new approaches to scholarly communication and to ensure that research subjects and source communities have access to scholarly work that is of special concern to them, MAR is an open access journal that does not charge fees to either authors or readers. While primarily publishing in English, MAR aims to contribute to, and bridge, diverse global traditions of work in its fields, thus the editorial team and publisher endeavor, when possible, to publish in other languages as well.