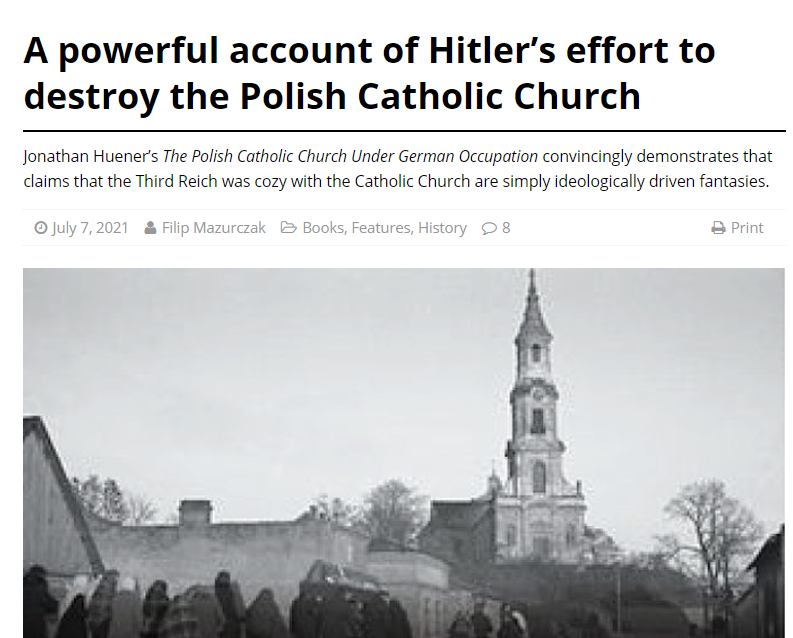 Jonathan Huener’s new study The Polish Catholic Church Under German Occupation: The Reichsgau Wartheland, 1939-1945 is a valuable addition to the discussion on the relationship between Nazism and Christianity…. It is a powerful account of how Nazi Germany pursued a ruthless policy of immense corporal and material damage to Polish Catholicism in the Warthegau, the territories of western Poland that were directly annexed by the Third Reich, yet failed to extinguish the faith of many Catholics, laity and clergy alike, who lived there.