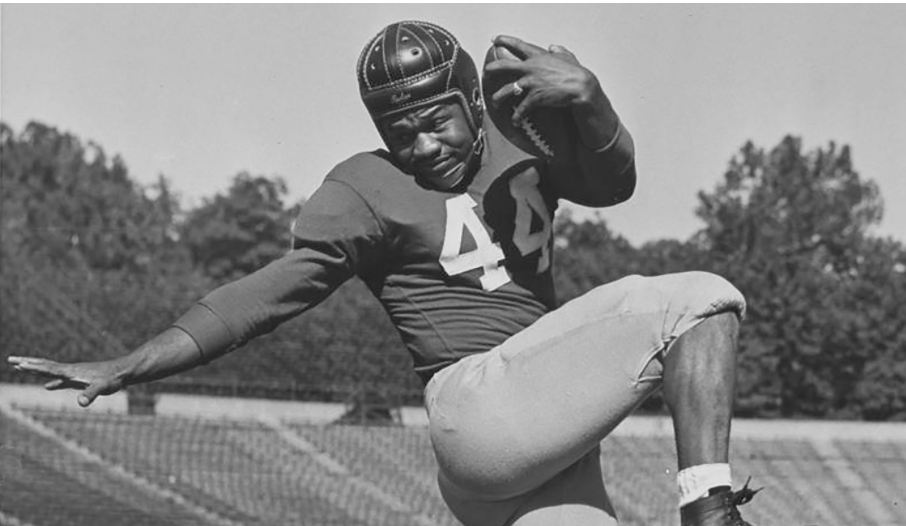 IU Athletics has featured Dawn Knight’s book, Race and Football in America: The Life and Legacy of George Taliaferro. Check the exclusive chapter previews below.

As the first African American player to be drafted by the NFL and the first African American to play quarterback, George Taliaferro was a trailblazer whose athletic prowess earned him accolades throughout his football career. Instrumental in leading Indiana University to an undefeated season and undisputed Big Ten championship in 1945, Taliaferro was a star when many major universities had no black players on their rosters, and others were stacking black players behind white starters.

George Taliaferro would later rack up impressive statistics while playing professionally for the New York Yanks, Dallas Texans, Baltimore Colts, and Philadelphia Eagles. His athletic prowess did little to prevent him from facing segregation and discrimination on a daily basis, but his popularity as an athlete also gave him a platform. Playing professionally gave Taliaferro more opportunity to use football to fight oppression and to interact with other important trailblazers, like Joe Louis, Nat King Cole, Muhammad Ali, and Congressman John Lewis.

Race and Football in America tells Taliaferro’s story and profiles the experiences of other athletes of color who were recognized for their athleticism yet oppressed for their skin color, as they fought (and continue to fight) for equal rights and opportunities. Together these stories provide an insightful portrait of race in America.