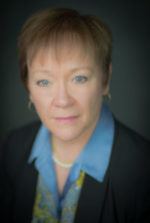 Back when Jill Long Thompson represented Indiana in Congress in the 1990s, she recalls meeting other members of the House, including a powerful committee chairman, at an upscale restaurant on the dime of a lobbyist.

The situation had presented a dilemma for Long Thompson. She wanted to make a connection with the chairman, but she opposed taking freebies from lobbyists. She decided to order a Diet Coke while others ate their meals. She paid back the lobbyist the next day.

Long Thompson, who has taught ethics at Indiana University, has grown increasingly frustrated with the lack of ethics in some quarters of government today. She has written a book, The Character of American Democracy, in which she uses this “there ain’t no such thing as a free lunch” anecdote and others from her time in Congress to argue that the United States could lose its democracy if citizens continue to accept blatant unethical behavior from leaders.

Read the full story published by Chris Sikich in the Indianapolis Star on September 8, 2020.