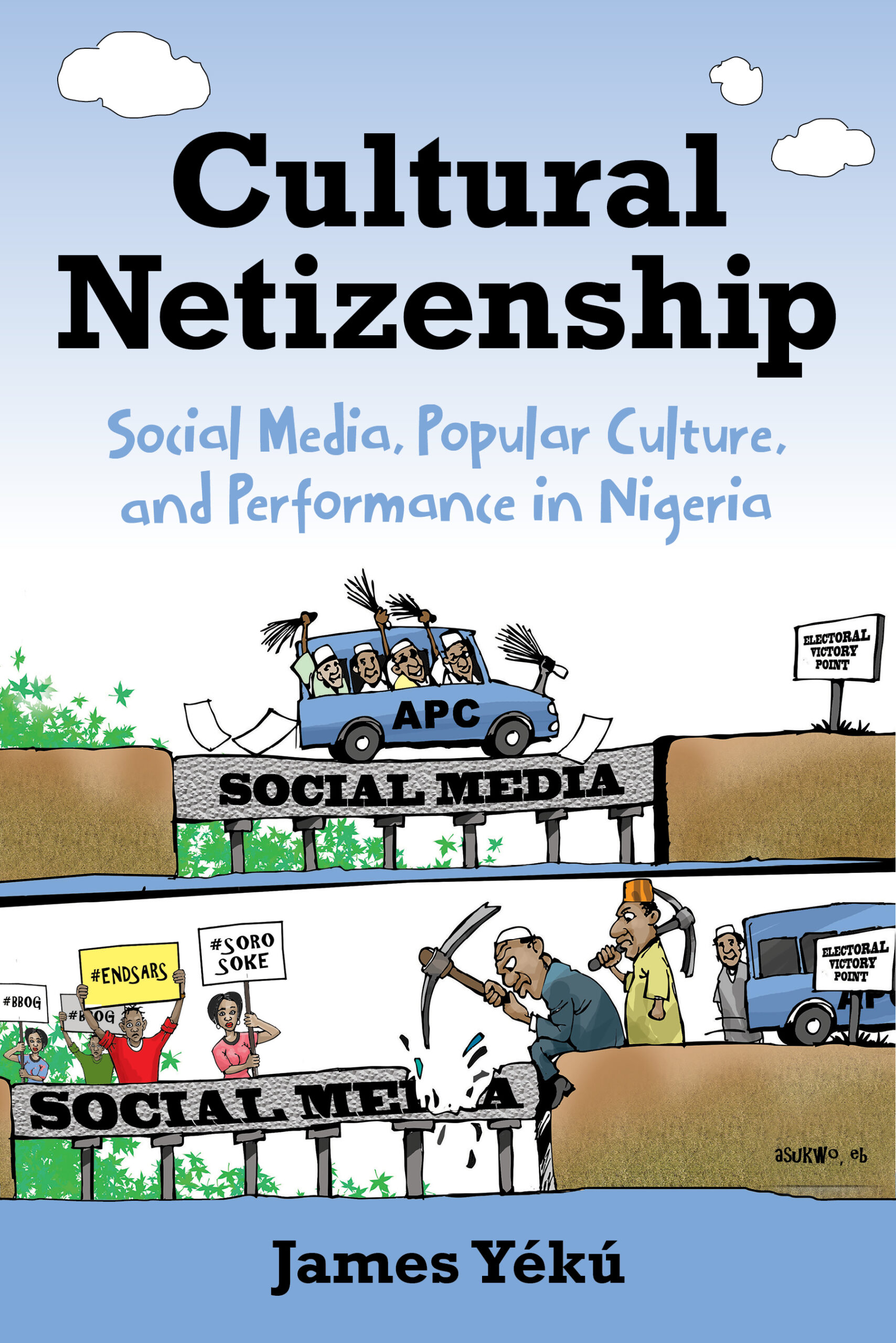 The Warmth of Internet Memes: On Cultural Netizenship

One Twitter user commented on the 2022 Oscars #Slapgate they were waiting for social media to soon become flooded by viral memes on a rather controversial subject. As someone who pays attention to online popular cultures, I too waited for the memes, and they did come in torrents. Another kind of meme—that a frigid weather is a fact of life on the Canadian prairies—was also common when I arrived in Saskatoon in the fall of 2013. But the wintry conditions soon became less important than the excitement of a stimulating intellectual environment in the English department at the University of Saskatchewan that valued my interests in Internet memes and Nigerian digital cultures. But the story of my book actually began a year earlier with the trickster, that universal hero that subverts dominant paradigms and, through creative mischief, presents defiance to sedimented ideas and the natural order. At the University of Ibadan where I had just concluded an MA in performance studies, a scholarly gathering, a symposium organized by the Nigerian Marxist scholar Sola Olorunyomi, presented me with an opportunity to test preliminary ideas on the adaptative retextualizations of trickster aesthetics I had begun to notice in a then-burgeoning social media culture in Nigeria.

While generally wary in those early days of the insidious capture of profit from our digital labors and the feel-good activism that was rampant in the years following the Occupy movements and the so-called Arab Spring, I was also struck by how the social web offered people an ecology for creative experimentations in genre, form, and different modes of narrative. The paper I wrote for that workshop, “Akpos Don Come Again: Nigerian Cyberpop Hero as Trickster,” was eventually published in the Journal of African Cultural Studies, winning the best article award of the African Literature Association (ALA) in 2017. Its main ideas became foundation to what would eventually constitute the locus of what I finally realized might be named cultural netizenship—to describe a mode of being on the social web that is animated by the textual-discursive practices and artistic sensibilities of social media users all over the world.

Cultural netizenship, the focus of my new book on Nigerian social media, captures the aesthetic strategies produced on digital media and which circulate online as forms of popular speech. My background in literary studies and performance meant I am drawn to social media as an inherently performative field of cultural production harboring aesthetic possibilities for non-elite content makers. With attention to commentary discourses on Twitter and Facebook threads that exhibit a tendency for visual narratives of humor, I began to notice how people easily reuse and recycle images and narratives from earlier texts of various media industries (such as Hollywood, and Nollywood, in the Nigerian context) as well as from contemporary celebrity cultures and mediatized performances of politics. Cultural netizenship marks the conditions that, for example, make the Bernie Sanders mittens photo a viral meme used in other non-US digital spaces, or how some members of the Ukrainian digital army sometimes produced satirical content to parody the Kremlin’s regimes of disinformation. In the Nigeran framework, similar examples include how anti-narcissist selfies critique the Nigerian government’s response to the #BringBackOurGirls tragedy and short videos of humor produced as commentaries during the 2020 #EndSARS movement to resist police brutality.

In these contexts, my book stresses the principles of remediation by which social media-enabled cultural productions become sourced from other media. It underscores meme culture as the most immediate and condensed mode of cultural and, especially, political commentary on digital media. Cultural netizenship emphasizes the primacy of performed popular culture on social media both as an anchor for artistic activism on social media, and the convivial exchanges of social media users. By urging attention to how new cultural forms and digital genres emerge online, Cultural Netizenship takes seriously Henry Jenkin’s idea of the convergence of old and new media cultures and digitally reiterates the generative approach which Karin Barber has developed in her work on African popular cultures since the 1970s. 2013 in Saskatoon may have been cold, but the warmth of Internet memes ensured a smooth adjustment.

James Yékú is Assistant Professor of African Digital Humanities at the University of Kansas. He is author of Where the Baedeker Leads, a collection of poems.