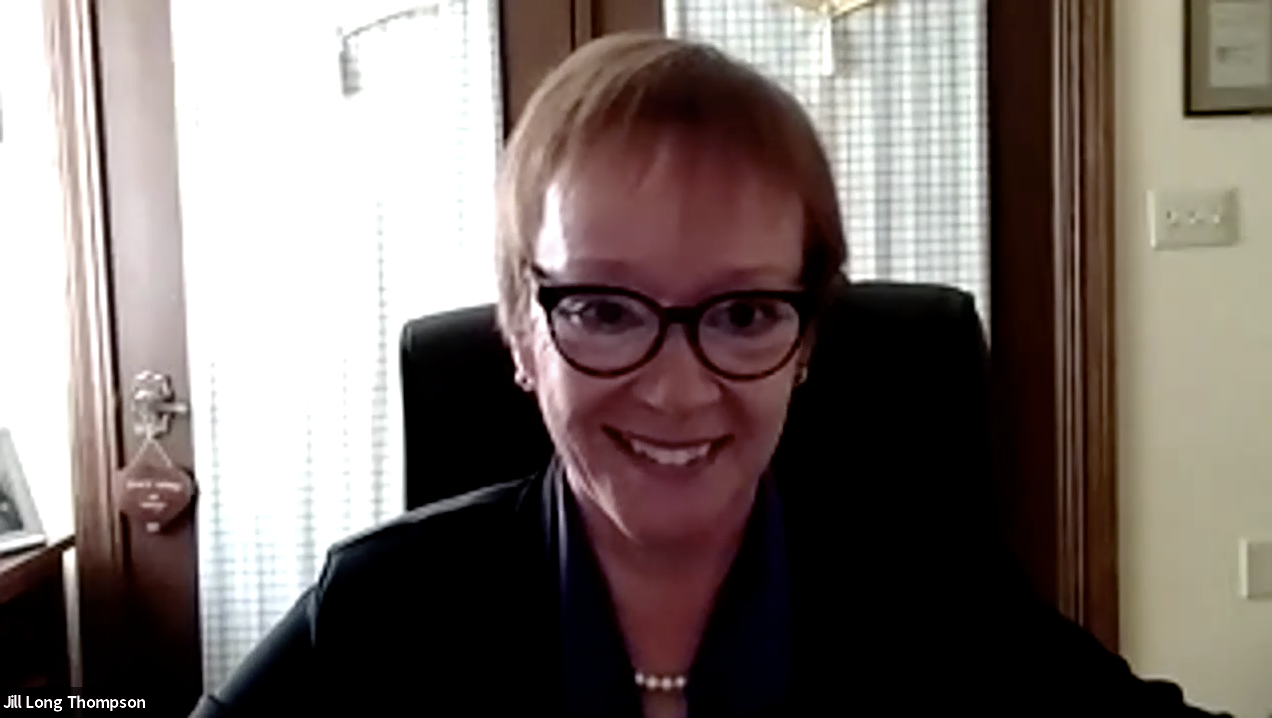 Question: What would you think of making all written communications between lobbyists and government officials (staff and elected) available to the public?  If you do, how would you make it practically accessible to the public, not just available through Freedom of Information requests?  And if you don’t, why not? -Daniel Wolk

Answer: I am a strong advocate for transparency in the democratic process.  As you know, the Lobbying Disclosure Act, the Federal Records Act, the Freedom of Information Act, and the Government in the Sunshine Act are examples of statutes that promote transparency.  Before providing a definitive answer on making electronic, paper, and in-person communications by lobbyists immediately/readily available to the public – without the need for an FOIA request – I would want additional information on the cost associated with making such information immediately available.  Your question is a good one and I believe it merits additional study. -Jill

Question: Will we ever get public and Congressional support for mandatory national service? -Liz Bailey

Answer: It appears to me that the concept of national service has broad support.  One of the challenges, as you know, is the cost of creating a new federal agency for such service.  It is probably not likely to happen until we regain control of the deficit spending. -Jill

Question: Jill, you have been a trailblazer for women across Indiana, the first woman from a major party to be nominated for Senate and Governor. Do you believe gender plays a role in how elected officials approach ethical government? Do you believe women are held to a higher standard? -Ali Brown

Answer: Councillor Brown, it is great to receive your question!  Research shows that many voters have to like female candidates before voting for them, but they do not have the same likeability requirement for male candidates.  Additionally, many voters automatically assume male candidates are competent to hold public office, but women must prove their competence.  It has also been found through research that the characteristics that demonstrate a woman’s competence make her less likable to many voters.  These differences pose unique challenges for women candidates. -Jill

Question: Who are some of the leaders on the national stage that you think best exemplify the character of American democracy? -Jerri

Answer: Among the leaders on the national stage that exemplify high character are: Paul Helmke, Leon Panetta, Dan Glickman, Lee Hamilton, Marcy Kaptur, and Richard Painter.  It is an honor to have them with us today. -Jill

Question: With so much experience of Congress on the panel, I was wondering what you think of the claim that the Congress has been yielding too much of its authority for many years to the Executive Branch and the Courts.  If you agree, what steps would you take to restore Congress to its status as a co-equal branch? -Leslie Lenkowsky

Answer: I believe the political divisions in our country make it more difficult for Congress to work in a bipartisan way and in the best interests of our nation.  Congressional inaction has resulted in presidents taking executive action to address various issues.  I also believe gerrymandering that has led to so many districts leaning heavily to the right or left has resulted in divided congressional representation and an unwillingness on the part of U.S. Representatives to compromise.  Congress and state legislatures need to work together to separate the drawing of congressional districts from partisan politics. -Jill

Question: What gives you hope that we can reverse this tide? I can easily point to reasons why we can’t/won’t, but I struggle to find a single thread of optimism. -Jon Quinn

Answer: I believe in our system of government and our people and am particularly encouraged by our young people who are open-minded and honest about the challenges we face.  Spending time in the classroom tends to make me feel optimistic about the future. -Jill

Question: Does your book address the role of the press in a democracy?  And if so, what do you say? -Craig Klugman

Answer: In the book, I cover the all-important role of independent media/press in a democracy.  I also include the code of ethics followed by professional journalists and make the point that we must do a better job of developing information literacy.  Research shows that falsehoods travel more rapidly and more broadly through social media than does the truth. -Jill

Question: Do voters today consider the character of a candidate as much as they did when you first ran for Congress?  If not, why not? -Terry Housholder

Answer: It appears to me that for many voters that the character of a candidate is not as important as it once was.  I think that is likely due to the social and economic divisions we are now experiencing. -Jill

Question: Can you cite an example of a piece of legislation you worked on or supported while a Member of Congress where you thought the process was ethical, fair, and bipartisan? -Terry Housholder

Answer: I served on the House Agriculture Committee and we almost always worked in a fair and bi-partisan way.  When there were disagreements, they were more typically related to the commodities prominent in one’s congressional district, rather than partisanship.  We were all quite comfortable working with colleagues “across the aisle.” -Jill

Learn how Jill explores democracy as an ethical concept in the book with this special excerpt. Learn more about Jill Long Thompson’s book in this Indianapolis Star article, Former Congresswoman’s book explores the erosion of ethics in Trump era.