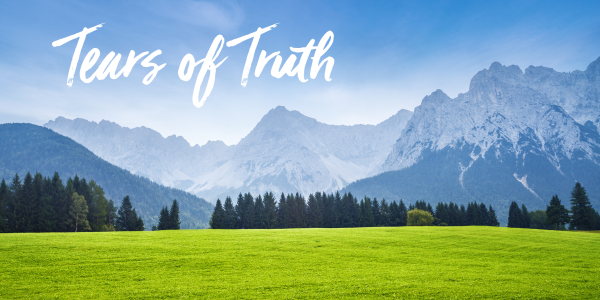 By Jeffrey B. Lilley, author of Have the Mountains Fallen? Two Journeys of Loss and Redemption in the Cold War.

I received some unexpected feedback at an April book party in Washington, DC, when shortly after my book Have the Mountains Fallen? was published, a Kyrgyz journalist remarked that I had written the history of Kyrgyzstan that no Kyrgyz could write. In the book, I tell a story of the Cold War through the lives of Kyrgyz writer Chingiz Aitmatov and the controversial journalist and exile Azamat Altay, who both paid a high price fighting for freedom against Soviet totalitarianism. The journalist at the book party later explained her view that Kyrgyz historians and journalists weren’t ready yet to write their young country’s history. Another woman I spoke to quoted a Russian saying—there is no prophet in one’s own country—meaning it often falls to an outsider to reveal the truth.

These two women may have been alluding to my choice to tell the life story of Altay, who was regarded as a traitor for jumping lines after World War II and is still judged that way by some in independent Kyrgyzstan. Both had traveled widely and connected with democratic values, and they represent a new generation of Kyrgyz that came of age after the collapse of the Soviet Union in 1991. Medetkhan Sherimkulov, however, was a different story. Born in 1939 in Soviet Kirgizia, he was a true believer in the Soviet system. As secretary of the ideology of the Kyrgyz Communist Party, his job had been to make sure that communist ideology was followed in all that was printed, discussed and debated in society. He wasn’t the kind of person who I would have expected to hail my book. I also knew with a high degree of certainty that he for many years regarded Altay as the implacable enemy.

But through a work colleague, Sherimkulov (pictured right) and I became friendly over dinner, conversations about history and some vodka shots, and I invited him to my book talk in Kyrgyzstan this past May. But after my talk, instead of asking a question, the former party official walked to the front of the room and faced the audience. I wasn’t sure what he would do or say.

“I lived in both worlds: Soviet and post-Soviet,” he began. He then talked about his complicated relationship with the writer Aitmatov, whose cleverly crafted works skewering communism no doubt had created headaches for Sherimkulov.

And then, as if shedding a burden, Sherimkulov addressed the terrible crime of 20th century Kyrgyzstan – the secret execution in 1938 of the Kyrgyz elite by Soviet dictator Joseph Stalin’s henchmen which I write about in my book. The mass grave holding the remains of 137 people had been excavated in 1991, more than 50 years after the victims’ families had last heard from them. One of the victims was Torekul Aitmatov, Chingiz’s father.

At the time of the excavation in 1991, Soviet society was changing rapidly under Soviet President Mikhail Gorbachev’s policy of glasnost or openness. Because of his high position in Soviet Kyrgyzia, Sherimkulov played an important role in breaking the silence about the 1937 murders.

Standing in front of the room last May, Sherimkulov recalled being called by the Kyrgyz KGB chief in the summer of 1991 to help deliver the news of the discovery of the mass grave to the Aitmatov family. When describing the moment when they told the writer’s family that their father’s remains had been found at the bottom of the mass grave, the aging ideological secretary started to speak haltingly. Then he stopped altogether and asked for a tissue. He apologized and then dabbed his eyes. Gone was any wariness, parsing of words or attempt to control. Sherimkulov’s tears were the tears of a people reclaiming their history, however bitter it may have been.

Jeffrey B. Lilley’s new book Have the Mountains Fallen? Two Journeys of Loss and Redemption in the Cold War is available for purchase on the Indiana University Press website.

After witnessing the collapse of the Soviet Union as a journalist in the 1990s, Jeffrey B. Lilley moved to Central Asia in 2004. During a three-year posting in Kyrgyzstan, he read the works of Chinghiz Aitmatov, slept in yurts, drank fermented mare’s milk, and hiked in the country’s beautiful mountains. Over the next ten years, he worked in the field of democracy and governance support in Washington, DC, and the Middle East, returning to Kyrgyzstan in 2016 to lead a British-funded parliamentary support program. Lilley is an author (with James R. Lilley) of China Hands: Nine Decades of Adventure, Espionage and Diplomacy.