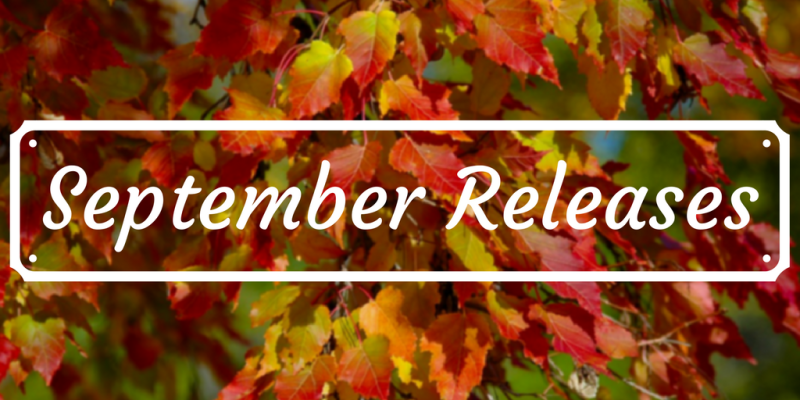 A Theory of Musical Narrative

Byron Almén proposes an original synthesis of approaches to musical narrative from literary criticism, semiotics, historiography, musicology, and music theory, resulting in a significant critical reorientation of the field. This volume includes an extensive survey of traditional approaches to musical narrative illustrated by a wide variety of musical examples that highlight the range and applicability of the theoretical apparatus. Almén provides a careful delineation of the essential elements and preconditions of musical narrative organization, an eclectic analytical model applicable to a wide range of musical styles and repertoires, a classification scheme of narrative types and subtypes reflecting conceptually distinct narrative strategies, a wide array of interpretive categories, and a sensitivity to the dependence of narrative interpretation on the cultural milieu of the work, its various audiences, and the analyst. A Theory of Musical Narrative provides both an excellent introduction to an increasingly important conceptual domain and a complex reassessment of its possibilities and characteristics.

This book continues to develop the semiotic theory of musical meaning presented in Robert S. Hatten’s first book, Musical Meaning in Beethoven (IUP, 1994). In addition to expanding theories of markedness, topics, and tropes, Hatten offers a fresh contribution to the understanding of musical gestures, as grounded in biological, psychological, cultural, and music-stylistic competencies. By focusing on gestures, topics, tropes, and their interaction in the music of Mozart, Beethoven, and Schubert, Hatten demonstrates the power and elegance of synthetic structures and emergent meanings within a changing Viennese Classical style.

Animal Tales from the Caribbean

These twenty-one animal tales from the Colombian Caribbean coast represent a sampling of the traditional stories that are told during all-night funerary wakes. The tales are told in the semi-sacred space of the patio (backyard) of homes as part of the funerary ritual that includes other aesthetic and expressive practices such as jokes, song games, board games, and prayer.

Ethnomusicologist George List collected these tales throughout his decades-long fieldwork amongst the rural costeños, a chiefly African-descendent population, in the mid-20th century and, with the help of a research team, transcribed and translated them into English before his death in 2008. In this volume, John Holmes McDowell and Juan Sebastián Rojas E. have worked to bring this previously unpublished manuscript to light, providing commentary on the transcriptions and translations, additional cultural context through a new introduction, and further typological and cultural analysis by Hasan M. El-Shamy.

Published in association with the Folklore Institute, Indiana University

A fascinating look at one of the most experimental, volatile, and influential decades, Film, Fashion, and the 1960s examines the numerous ways in which film and fashion intersected and affected identity expression during the era. From A Hard Day’s Night to Breakfast at Tiffany’s, from the works of Ingmar Bergman to Blake Edwards, the groundbreaking cinema of the 1960s often used fashion as the ultimate expression for urbanity, youth, and political (un)awareness. Crumbling hierarchies brought together previously separate cultural domains, and these blurred boundaries could be seen in unisex fashions and roles played out on the silver screen. As this volume amply demonstrates, fashion in films from Italy, France, England, Sweden, India, and the United States helped portray the rapidly changing faces of this cultural avant-gardism. This blending of fashion and film ultimately created a new aesthetic that continues to influence the fashion and media of today.

From New York to San Francisco

Travel Sketches from the Year 1869

For three hot summer months in 1869, Ernst Mendelssohn-Barthody, the nephew of famed composer Felix Mendelssohn, traveled by train across the United States accompanied by his older cousin. His letters back home to Prussia offer fascinating glimpses of a young, rapidly growing America. Unceasingly annoyed at the Americans’ tendency to spit all the time, the Prussian aristocrats seemingly visited everyone and everywhere: meeting President Grant and Brigham Young; touring Niagara Falls, Mammoth Cave, the Redwoods, and Yosemite; taking in New York, Boston, Philadelphia, Chicago, Omaha, San Francisco, and the still war-ravaged city of Richmond; and crossing the continent by rail just two months after the Union Pacific and Central Pacific railroads had been joined at Promontory, Utah.

Full of marvelous tales and insightful observations, Ernst Mendelssohn-Barthody’s letters are a revealing window to a long-ago America.

Kierkegaard's God and the Good Life

Kierkegaard's God and the Good Life focuses on faith and love, two central topics in Kierkegaard's writings, to grapple with complex questions at the intersection of religion and ethics. Here, leading scholars reflect on Kierkegaard's understanding of God, the religious life, and what it means to exist ethically. The contributors then shift to psychology, hope, knowledge, and the emotions as they offer critical and constructive readings for contemporary philosophical debates in the philosophy of religion, moral philosophy, and epistemology. Together, they show how Kierkegaard continues to be an important resource for understandings of religious existence, public discourse, social life, and how to live virtuously.

How has American life changed over the last 200 years? Monroe County: Everyday Life in Indiana showcases the transformations time has delivered to Monroe County, nestled amidst the wooded rolling hills of south-central Indiana. Since it was established in 1818, Monroe County has seen tremendous changes in transportation, education, modes of entertainment, foodways, and approaches to childhood. This book stages this gradual yet astonishing transformation through depictions of the everyday life of Monroe County’s residents in more than 300 never-before-published photographs. These captivating images reveal how residents grew up, worked, traveled, and played in Monroe County through the decades and how the community developed and thrived despite wars, depressions, and other turbulent times.

A Natural History of the Western Interior Sea

Revised, updated, and expanded with the latest interpretations and fossil discoveries, the second edition of Oceans of Kansas adds new twists to the fascinating story of the vast inland sea that engulfed central North America during the Age of Dinosaurs. Giant sharks, marine reptiles called mosasaurs, pteranodons, and birds with teeth all flourished in and around these shallow waters. Their abundant and well-preserved remains were sources of great excitement in the scientific community when first discovered in the 1860s and continue to yield exciting discoveries 150 years later. Michael J. Everhart vividly captures the history of these startling finds over the decades and re-creates in unforgettable detail these animals from our distant past and the world in which they lived—above, within, and on the shores of America’s ancient inland sea.

Just what is gender, and what can be expected of it when dealing with identity, justice, and equality? Ephraim Das Janssen uses a phenomenological approach to challenge and dismantle the way gender is currently understood. Janssen questions ideas that have formerly been taken for granted, as individuals did during the Civil Rights movement, the women’s movement, and the LGBT rights movement. In so doing he recasts the moral debate about gender and grounds his analysis in observable aspects such as clothing and social roles and how these can imply transgression and questioning. Janssen shakes the very core of gender through a deep engagement with Being and the structures that confine our contemporary notions.

The Romanian Orthodox Church and the Holocaust

In 1930, about 750,000 Jews called Romania home. At the end of World War II, approximately half of them survived. Only recently, after the fall of Communism, are details of the history of the Holocaust in Romania coming to light. Ion Popa explores this history by scrutinizing the role of the Romanian Orthodox Church from 1938 to the present day. Popa unveils and questions whitewashing myths that covered up the role of the church in supporting official antisemitic policies of the Romanian government. Popa's highly original analysis illuminates how the church responded to accusations regarding its involvement in the Holocaust, the part it played in buttressing the wall of Holocaust denial, and how Holocaust memory has been shaped in Romania today.

A Photo Documentary from the Holocaust in Romania

More than 13,000 Jews were murdered during nine days in the early summer of 1941 in Romania: in Iaşi (Jassy) and in two death trains. This pogrom is one of the most thoroughly visually documented events of the Holocaust in that members of the Romanian intelligence services photographed the continuing massacre that they themselves were coordinating. German troops, present in the city and involved in the massacre, were allowed to photograph the atrocities and to send those "souvenirs" of the Eastern Front to their family members. Yet these images are, for the most part, unknown to the general public. Long inaccessible even to scholars, the Romanian archives opened recently under pressure from civil society.

The 127 photographs shown and described in this album, accompanied by survivors' and even perpetrators' testimonies, were collected after the war but most of this evidence remained hidden away for decades. Together they are invaluable and provide unique insight into this monstrous crime committed by the Romanian fascist and brutally antisemitic regime of General Ion Antonescu, a faithful ally of Nazi Germany.

Published in association with the United States Holocaust Memorial Museum