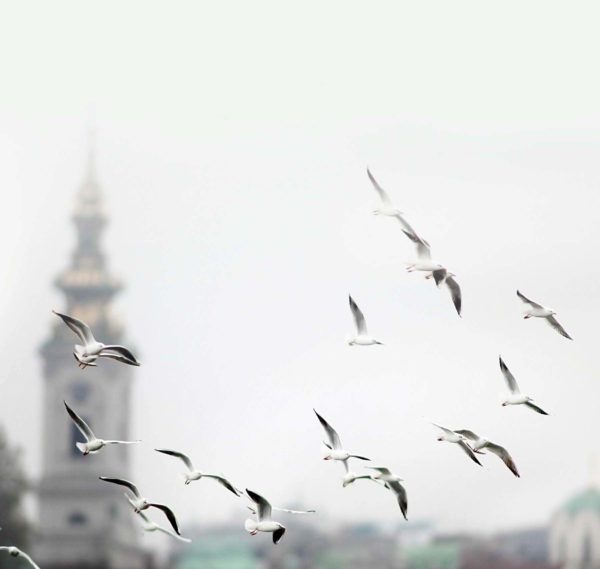 by Ivana Bajić-Hajduković, author of “Can You Run Away From Sorrow?”

The summer of 1996 was special in many ways. I had finished high school and passed the college entrance exam. The next four years, I would be studying Modern Greek studies. My first cousin also went through a grueling few months of graduating from high school and passing a tight selection for medical school. After all the hard work, we went together to a well-deserved summer holiday. Seven days of hiking adventures in the middle of nowhere in Serbia was just what we needed to unwind after a stressful period of college entrance exams. Life was good.

A month later, I received a phone call from my cousin. She was leaving Serbia to study in Canada. I was happy for my cousin but also sad. Several years earlier, two other first cousins had also left, one to the United States, the other to Canada. So, while this wasn’t the first departure in our family, this time it was different. We were of similar age and at that point in life, I was closer to my cousin than to my sisters who were much older than me. My small world contracted even further when she left.

Each departure caused a rupture. Those who left never intended to create any suffering to anyone. However, the circumstances under which these departures unfolded—described in more detail in my book “Can You Run Away From Sorrow?”—made regular visits and keeping in touch challenging. The space that my three cousins, who’d left in pursuit of better opportunities in North America, had occupied in the lives of families left behind, and in particular of their mothers, never changed. The mothers who were left behind carefully curated a memory of their children in their everyday lives and the broader circle of friends and family. Among the horrible events witnessed while growing up in the rubbles of former Yugoslavia in the 1990s, the silent suffering of mothers remained buried underneath many layers of a tragedy that unfolded across my once-homeland.

Twenty years later, I found myself doing ethnographic research about the impact of the 1990s emigration on mothers left behind. The tears shed in the wake of my cousin’s departure were nothing compared to those that followed while writing about the experiences of mothers who had not seen their sons and daughters in years. I was trying to stay in the role of an ethnographer, to be an impartial participant observer. Still, it was achingly hard to ignore the fact that I, too, had left my parents to pursue higher education abroad. In summer 2017, my mother suddenly passed away. On precisely the same day the following year, my father passed away. Mum and Dad didn’t live to read the book that is a result of letting me follow the path I chose, like so many other migrants who have left Serbia since 1990.

“Can You Run Away From Sorrow?” is a testament to mothers’ selflessness—to let their children go even when they painfully miss them and need them. As such, this book transcends geographical and disciplinary boundaries. It reaches out on a human level to explore what it means to be a mother in a world that is simultaneously more connected and yet more fragmented than ever.