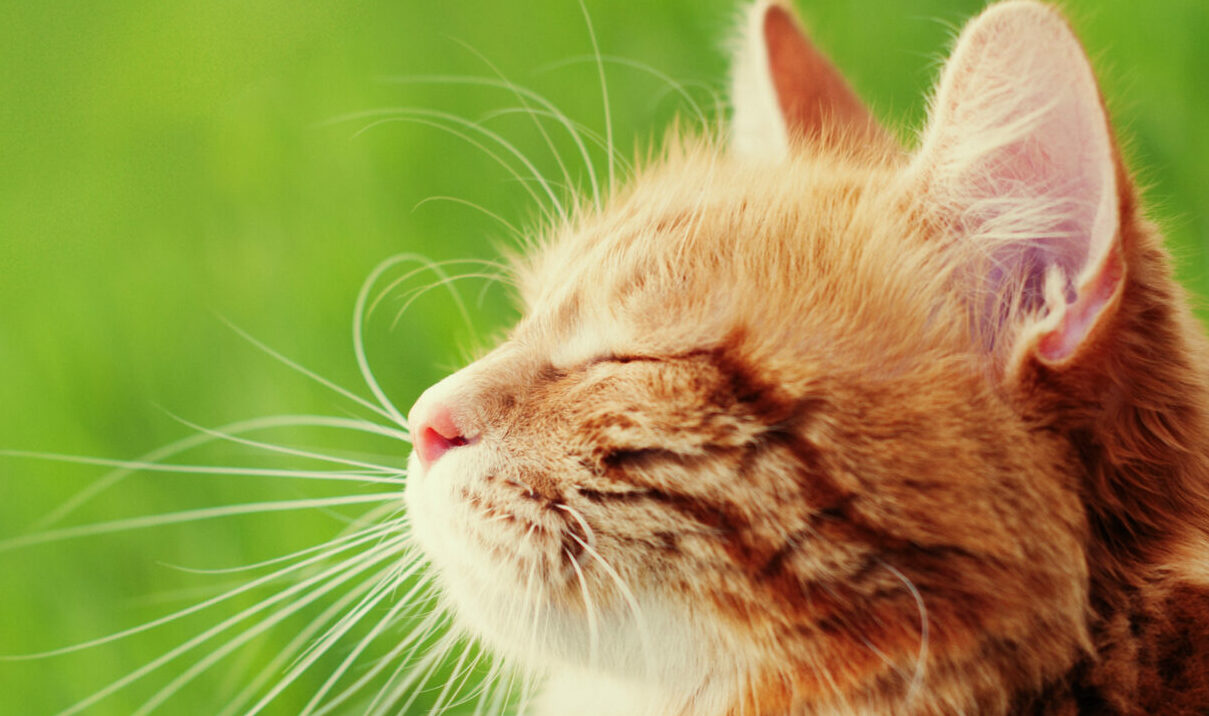 By Calista McRae, author of “‘More human than others’: Stevie Smith and the Minds of Pets,” now available for free on Project Muse.

Before I ever read Stevie Smith’s funny-in-both-senses poem “The Galloping Cat,” I heard it; you can hear it too, either for free or as part of the Spoken Word audio collection. I listened to Smith’s two-and-a-half-minute performance over and over, drawn to its bizarre rhythms and nearly recursive sentences:

“The Galloping Cat” relays an encounter between this cat, off on his rounds of “galloping,” and a mysterious “Figure” who appears suddenly in his way. Brought up short, the cat swipes at the Figure, but misses; the Figure gives him “a soft stroke” on his head and speaks to him in a pitying voice that he resents. The cat eventually resumes his galloping and whatever kind of “good” he does but is slightly changed by his experience with the Figure.

Over time, I came to see this poem not only as appealingly weird but also as suggesting a complex, unpredictable, nonhuman mind—that of a domesticated cat. From the start of her career, Smith was interested in human-animal relations, and especially in how we treat pets. She saw humans as interfering with other species across multiple timescales: just as some animals are bred for docility across generations, the inner life of a single animal is also shaped by people. And she saw herself as indulging in similar intrusions in her poetry: she knew she was drawn to thinking about what could be going on inside a cat’s head, an imaginative process that involves projection and misunderstanding, as well as sympathy.

Smith read “The Galloping Cat” for the BBC in November 1968, and the poem was published in her last collection, Scorpion (1972). It thus coincides with the beginning of a new focus, throughout the Anglosphere, on how humans affect nonhuman species. While concerns about human-animal interactions appear steadily over earlier decades, they proliferate in the mid-to-late-twentieth century, across texts as disparate as Peter Singer’s Animal Liberation (1975), John Berger’s “Why Look at Animals?” (1977), and Yi-Fu Tuan’s Dominance and Affection (1984). The lives—and predicaments—of other species become an urgent subject not only in conservation and ethology, but also in philosophy and cultural criticism.

A great deal of recent and contemporary English-language poetry reacts to this heightened public attention; thinking about Smith, for example, made me notice how many poems touch on domestication and the minds of domesticated animals. Even a seemingly comfortable cat invites unease when seen as “our animal whose only friends are persons,” as Robert Lowell does in a 1973 sonnet (28). What is life like for a cat who has no contact with their own species, just with ours? Yet domestication is only one of many ways we intervene in other lives. For the next few years, I hope to explore a range of poems that register how human activity—supportive or destructive, direct or indirect, individual or collective, fleeting or multigenerational, knowing or ignorant—affects other animals.

Lowell, Robert. For Lizzie and Harriet. Farrar, Straus and Giroux, 1973.

Calista McRae ([email protected]) is an assistant professor of English at the New Jersey Institute of Technology, in Newark, NJ. She is the author of Lyric as Comedy: The Poetics of Abjection in Postwar America (Cornell UP, 2020) and co-editor of The Selected Letters of John Berryman (Harvard UP, 2020).