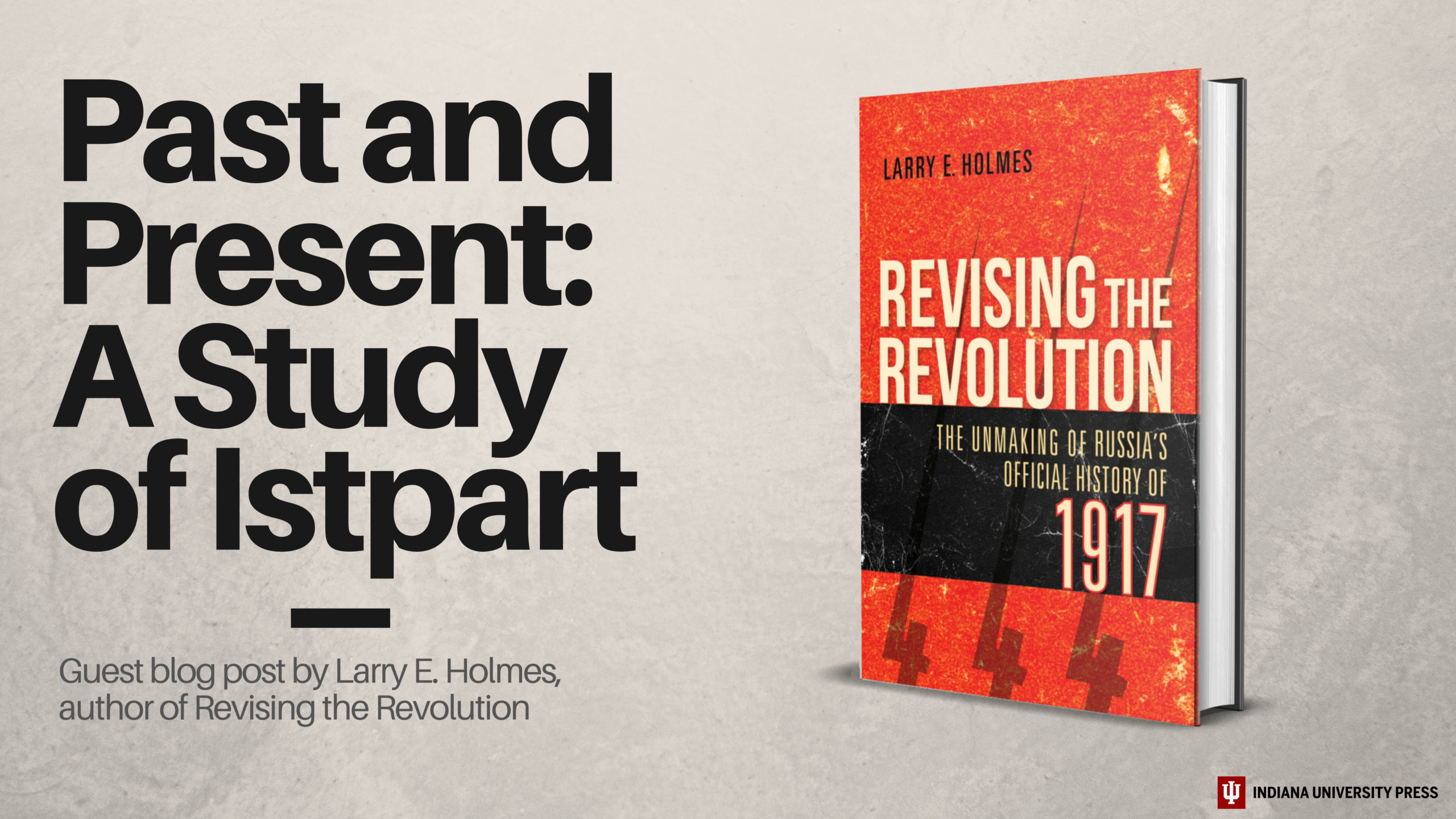 Fifty years ago, I completed a dissertation on Soviet scholarship on the Russian Revolution of 1917. It had much to say about the work during the 1920s of the Commission for the Collection, Study, and Publication of Materials on the October Revolution and History of the Communist Party (Istpart, in abbreviated Russian). After a few articles published on the subject, I moved on to other topics to include the social history of the USSR, Soviet education during the 1920s and 1930s, and evacuation in the USSR during World War II. In the process, I never thought that I would return to historical literature on 1917 and to Istpart.

But what goes around comes around. Since 2000 my research has focused largely on developments in Russia’s Viatka region (after 1934 Kirov), located about 550 miles northeast of Moscow. My initial interest in that region originated solely from knowledge of the treasure trove of materials in Kirov’s two main archives. I learned of it quite accidentally during a conversation in 1985 with a historian from there. At the time, we were both working in Moscow on Soviet schools during the 1920s.  Kirov was then a closed city out of bounds for almost all foreigners. After the city’s opening at the beginning of the 1990s, several visits confirmed what my friend had told me. In 2010, I happened to mention my past interest in Istpart to one of the archivists in Kirov’s former party archive. She mentioned that the archive possessed a substantial collection from the area’s Istpart branch. And so it did, almost 300 folders containing tens of thousands of pages.

Curiosity prompted me to look at some of the items, then professional concerns drove me on to read more. I wanted to know the extent to which Viatka’s Istpart participated in the quarrelsome struggle during the 1920s among the party’s historians over how best to negotiate the simultaneous demands of scholarship and partisan politics. And I wanted to know of Viatka’s involvement in a corresponding contentious discussion of the history of 1917. I asked whether Viatka sought to accommodate an insistence from the center to write a triumphalist but misleading narrative of Bolshevik activity that year or resist it. More prosaically, had Viatka acted in accordance with the resources at hand and its own understanding of the region’s past?

In Kirov’s archive, I found more than I had initially bargained for. What I discovered required a subsequent reexamination of published items first read decades before. And it compelled an appraisal of the large collection of materials on Istpart in Moscow’s former Central Party Archive, an institution inaccessible to almost all researchers when I began work on Istpart fifty years ago.

My book addresses two issues of relevance to today’s Russian Federation. Once again the center’s politicians demand of professional historians a useful and not necessarily objective rendition of the past. Yet this authoritarian state with its power-vertical, as Vladimir Putin likes to call it, cannot always get its way without resistance from below. As recent events in Ekaterinburg and Khabarovsk indicate, people in Russia’s provinces, as in Viatka earlier in Istpart’s history, act on their own interests and, in the case of officials, in the interests of the institutions and the region they represent.

My study of Istpart has been, first in the past and now in the present, a fascinating journey.

Larry E. Holmes is Professor Emeritus of History at the University of South Alabama. He is author of Kremlin and the Schoolhouse: Reforming Education in Soviet Russia, 1917–1931; Stalin’s School: Moscow’s Model School No. 25, 1931–1937; and Stalin’s World War II Evacuations: Triumph and Troubles in Kirov.