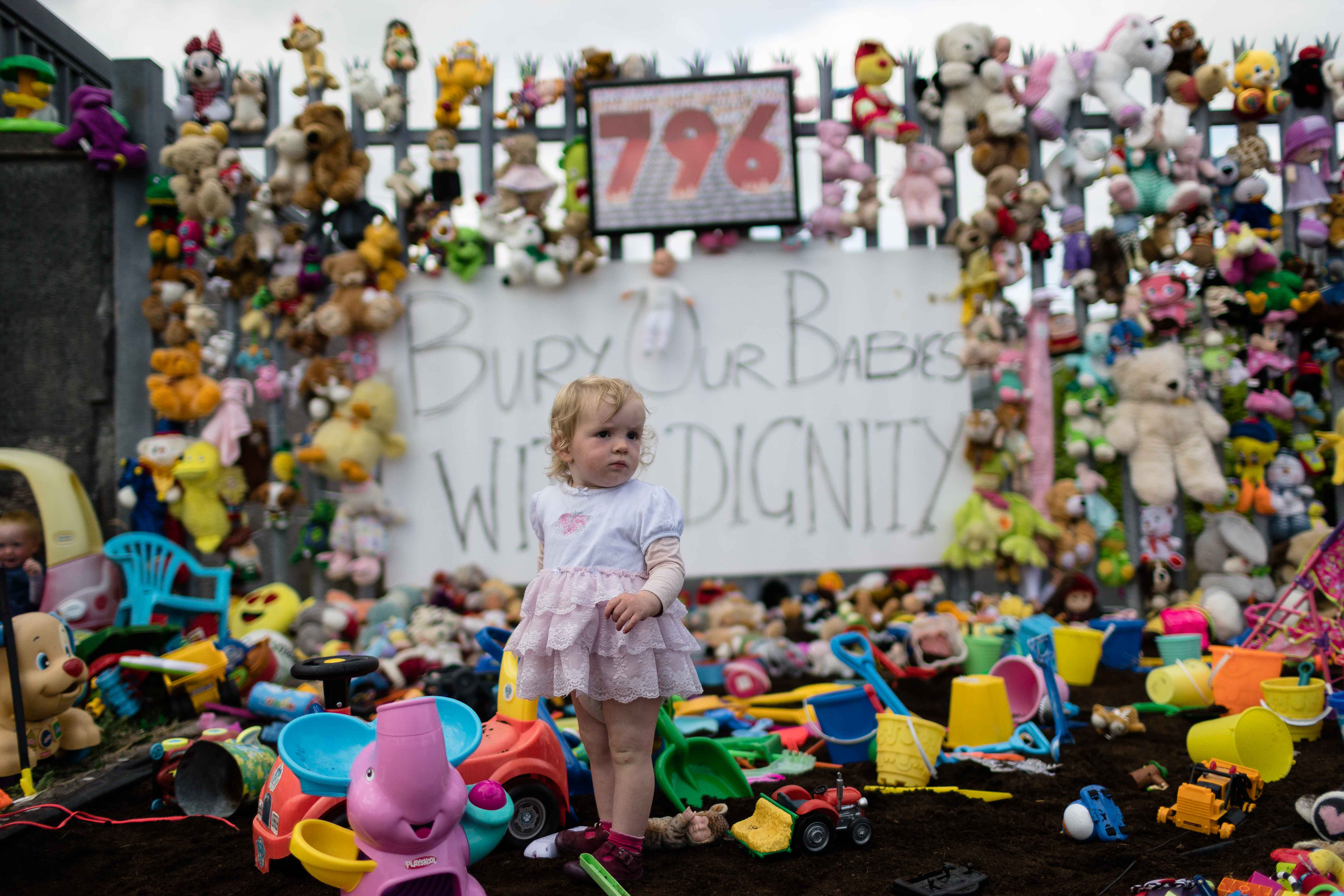 The following is a guest blog post written by Joseph Valente and Margot Gayle Backus, co-authors of The Child Sex Scandal and Modern Irish Literature: Writing the Unspeakable.

Our collaboration began with a conversation at Reading Market in Philadelphia. We discovered that we had overlapping areas of study, complementary research profiles, and cognate ethical commitments. As parents of young children, we had both followed the mushrooming child sex scandals of late-twentieth-century Ireland with horrified attentiveness. As students of Irish history, we were both interested in establishing a genealogy of representations of Irish children dating back to the late colonial period and the founding of the Free State. As scholars specializing in gender and sexuality studies, we wanted to understand the relationship between the psychopathological dynamics at work in the scandalous violations themselves and the scandalized public response to them. As queer theorists, we shared a conviction that the shaming of consensual adult sexuality somehow produced the miasma that had caused and cloaked the systemic abuse of Irish children that was emerging into visibility. Most importantly, as literary and cultural critics, we came to recognize that the finest modern and contemporary Irish novelists had fashioned uniquely affecting and edifying approaches to the child sex scandal, and that we could make a useful contribution by elucidating this literary perspective.

Our first published efforts focused on the trials of sexual initiation in the developmental fictions of James Joyce, to whom virtually all subsequent novelists of child sexual abuse profess an immense debt. Adopting Jean Laplanche’s revolutionary concept of the enigmatic signifier, we mounted a theoretical framework for understanding how certain twentieth-century Irish fiction could represent the harrow of child sex abuse in Ireland while contesting the dominant popular model thereof, which we termed “the scandal of imperiled innocence.” As we applied this lens to a series of post-Treaty novels, we found that the realist style of narrative fiction always carries an implicit allegorical potential, and that writers from James Joyce to Kate O’Brien, Edna O’Brien to Keith Ridgway, and Tana French to Anne Enright have mined that emblematic reserve to articulate the historical with the interpersonal dimensions of child sexual abuse, the private with the public, the intrapsychic with the institutional, intimate intensities with national scope. These authors (and many others) craft narratives of victimization, the traumatic strains of which invoke without claiming to encapsulate or exemplify the real life pattern of sexual predation coming into view across the island. The truths these texts register, accordingly, are generalizable, without being fixed or inflexible and without being mortgaged to any presupposed moral frame.

The foremost truth these texts disclose is the most disturbing–so disturbing that it is regularly and collectively disavowed, lending the scandals conjoining vulnerable children and sexuality their exorbitant power of arousal. Pedophilic abuse taps into, exploits and envenoms the emotional and erotic energies astir in the everyday family romance, wherein children’s fraught experience of unconscious parental affects at once propel and complicate their development as desiring subjects. The sexualization of children that culminates in such abuse is patently alien, yet secretly familiar to our decent forms of (family) life. As media consumers, our response to what the Irish call childhood “interference” carries an obscure defensive current; we recoil not just from the evil, the pathology, the violence of child sexual abuse, but from its uncanniness, its sense of being close to home as well as unimaginably remote from our conscious self. Sometimes that recoil is preemptive, a willingness to avert our eyes from violations’ perpetrators, to refuse to learn what we don’t want to know, to leave suspicions dormant and keep the open secret. Sometimes, that recoil expresses righteous, justified reprehension targeting socially or temporally remote figures, groups and institutions while absolving the morally and historically proximate of all responsibility.

The term we use in our book—child sex scandal—might productively apply to a wide range of institutionally hushed-up sexual assaults upon minors, to a series of sensationalized, made-up accounts of mass harm to children, and to the consequential, a largely unrecognized accord between these veiled material facts and these broadcast ideological fictions. In Buffalo, where Joseph Valente teaches, the archdiocese is still fighting legal charges for their role in secreting the clerical abuse of juveniles. Dramatizing a similar clerical conspiracy in the Irish American archdiocese of Boston, the movie, Spotlight, concluded with a roll of (dis)credits documenting myriad cases of sexual assault brought against the Catholic Church worldwide. Quite recently of course, we discovered that the Church’s complicity in sex trafficking went to the very top: the prematurely canonized Pope John Paul II evidently covered for predatory ex-cardinal Theodore McCarrick, putting children and young adults at risk in the name of clerical exceptionalism.

At the same time, the rise of QAnon in the US continues a long, dishonorable history of fabricated sex scandals detrimental to the younger generation they claim to protect or avenge. Like Catholic and Protestant churches post-Reformation, or Christian fundamentalists attacking single mothers, gay teachers, and trans people, QAnon conjures phantasms of imperiled innocents in order to advance ulterior agendas, mobilize mass fealty, demonize opponents and thereby accrue social capital and political power. The weirdness of QAnon, with its accusations of widespread elite child predation linked to occult satanic ritual, should not blind us to its affiliation with the earlier religious kulturkampfs (including in Ireland), which did, after all, traffic in morally terroristic visions of diabolical allegiances and lurid threats of eternal hellfire. The calumnies that both QAnon and its forebears leveled at their enemies dwell heatedly on the lascivious details of their supposed misconduct, and so carry a profoundly prurient charge all their own, indirectly contributing to the real child-rape culture that they assiduously ignore. The child sex scandal is as renewable a toxic resource as child sexual assault itself is a recidivist source of trauma and for related reasons. Children remain too easy, and therefore too tempting, a mark to be exploited, either for the scandalous pleasures of the sexual predator, or the eroticized power of the scandalmonger. In the words of Anne Enright, they remain “manifestly of little account” (The Gathering, 236).