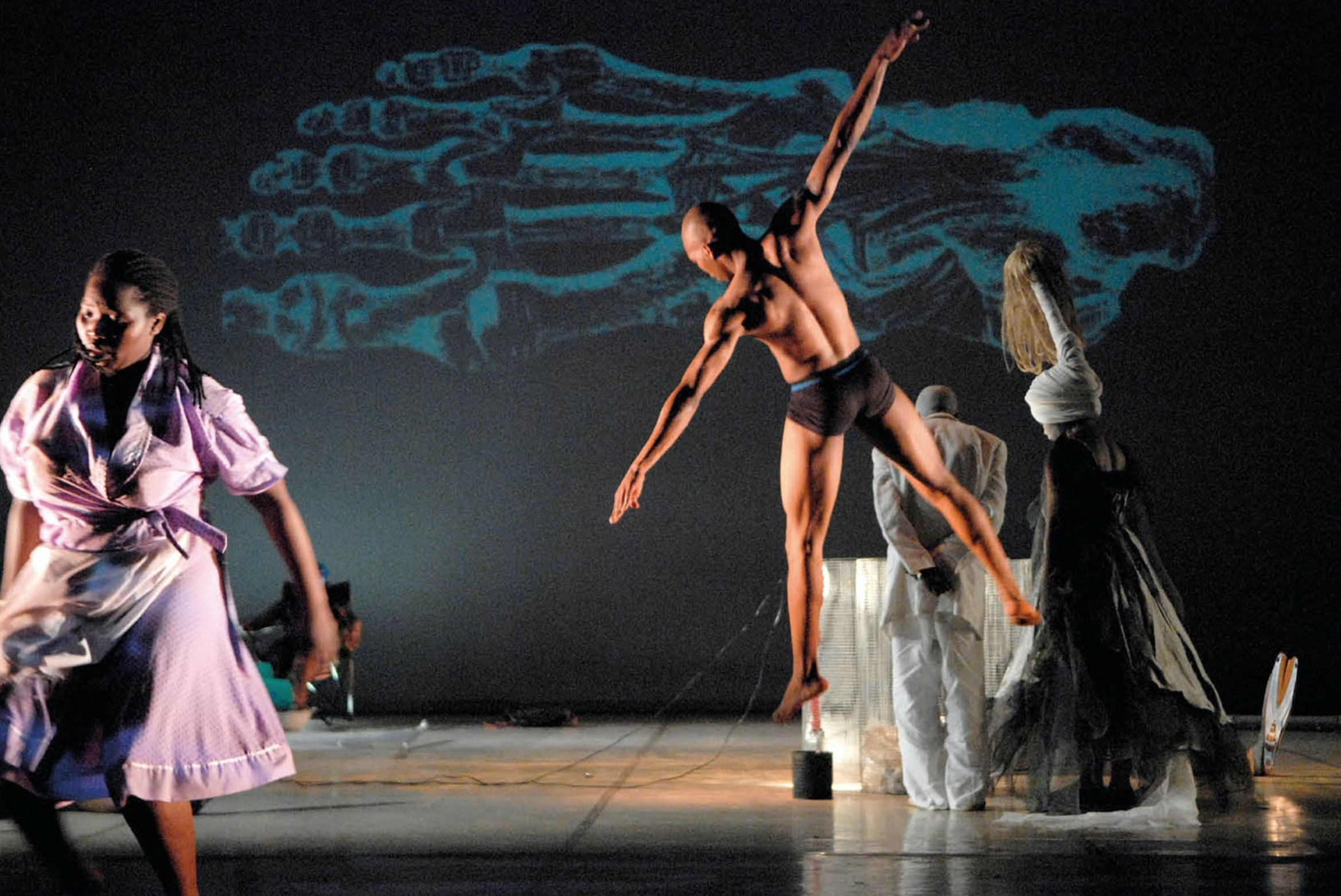 After a Preface that discusses my journey to this project, and an analytic Introduction, my book takes a backward glace at the history of the Indian community in South Africa since Pather is a fourth generation South African of Indian heritage. In subsequent chapters, I explore Pather’s oeuvre since the 1980s to the present. Among Pather’s many choreographed dance works, and his curation of festivals, he is a master of space, site, and location that place him centrally in global trends that are interdisciplinary, multidisciplinary, and multimedia, and that cross borders between dance, visual art, and technology. The bulk of my book discusses Pather’s key contributions in site-specific, site-responsive performances, his essays on space, and curation of public arts festivals where since 2000, he has provided a platform for established and emerging artists, serving as a mentor to many.

Pather grew up in Durban, and experienced the injustices of apartheid first hand. He attended the University of Durban-Westville which was for Indians only during apartheid (now University of KwaZulu Natal with unrestricted access). There, students of color were subjected to a colonial practice that enforced drama students to remove “deviant accents,” he recalls in an interview, that included “all traces of South Asian vernacular and South African English” from their English language speech. In 1982, he completed a BA honors in African literature and a BA honors in drama from the University of Durban-Westville.

Pather received a Fulbright scholarship (1982-84) to study at New York University for an MA in Theater where he wrote a thesis entitled, “Multi-media Performance Models for South Africa.” In this “international, cosmopolitan city,” he notes, “possibilities opened up.”

Having grown up during apartheid with its spatial restrictions that devalued Black people and people of color, Pather commented that he did not feel “fully human” until his time in New York City.

He does, however, acknowledge the ongoing fissures caused by race and class politics in New York City at the time. In this US city, as Pather felt less self-conscious about his own race/ethnicity that under apartheid in his home country had created a stifling atmosphere, he also came out to himself as a gay man and has not looked back since. From the inception of his acceptance of his gay identity, Pather has not focused on it exclusively; rather for Pather, art embraces a broad politics that militates against discriminations based not only on gender and sexuality but also on race, class, and nationality. Sexuality is part of an inclusive cavass of struggles for social justice. This breadth about sexuality is similar to Pather’s non-insular attitude about his Indian identity.

Currently, Pather is Professor of Theater, Dance and Performance Studies at the University of Cape Town; Director of the Institute of Creative Arts; and Artistic Director of the Siwela Sonke Dance Theater Company. In these roles, he has presented his choreography with his company across South Africa and beyond, and has been an invited speaker at international conferences on issues of space, race and politics in parts of Africa, Asia, Europe and the US.

I discovered Pather’s innovative choreography on the web. I was fascinated by what I saw and heard, so I wanted to explore his work further. This began a seven-year journey of research visits to South Africa since 2014, interviewing Pather multiple times, witnessing his work, interviewing nearly twenty-five artists, scholars and journalists along with archival research in Johannesburg, Durban, and Cape Town. At the University of Witwatersrand in Johannesburg, I became a regular presence at The Ar(t)chive that holds invaluable resources on South African Contemporary Dance and Physical Performance. The Center for Creative Arts at the University of KwaZulu Natal in Durban provided useful material, as well as the archives of the Institute for Creative Arts (ICA) (previously, the Gordon Center for Performing and Creative Arts, GIPCA), headed by Pather as Director.

Spending time in South Africa, I fell in love with the people, landscape, the everyday artistry of ordinary folks, as I imbibed the socio-cultural ambience of this country which is both beautiful and that carries a haunting legacy of apartheid. This racist system that lasted for nearly fifty years (1948-1994) denied basic human rights to the majority population of black people.

My book analyzes spatial politics in Pather’s work, based on the conjuncture of race and space in South Africa. Under apartheid, racial groups forcibly separated into different spaces prohibited black people from living in city centers and suburbs. Pather situates his choreography with black and diverse dancers precisely in those forbidden spots. As curator of Infecting the City public arts festival, he provocatively inserts art across Cape Town’s central and touristy areas for diverse spectators.

From the 1980s to the present, Pather’s site works recognize the human body as a repository of history and memory, and evoke the resilience of the human spirit in seeking social justice. My book analyzes Pather’s site-specific choreographies such as Cityscapes that unfolded in 2000 across the city of Durban, then Johannesburg, with a segment traveling to New York City, performed on the steps of and inside the Cathedral of St. John the Divine on Amsterdam Avenue where it brought traffic to a standstill. In Copenhagen, Pather was an invited artist at the Metropolitan Biennale in 2009 where he created Blindspot unfolding in the city center and its marginal areas inhabited by migrants, evoking their search for home and belonging.

I follow my discussion of Pather’s site-specific choreography with his site-responsive works such as The Beautiful Ones Must be Born (changing the Ghanaian Ayi Kwei Armah’s novel title, the beautiful ones are not yet born) located in history-laden sites such as Johannesburg’s Constitution Hill, a site for political prisoners during apartheid. Another work, an adaptation of Shakespeare’s Julius Caesar into Qaphela Caesar that translates as “Beware Caesar”, or “Beware of Caesar”, unfolds inside fourteen rooms of the old Cape Town City Hall. Next, the same work is performed inside the old Johannesburg Stock Exchange, another seat of power and trading of friendships and money.

My book, Jay Pather, Performance and Spatial Politics in South Africa will delight and enlighten readers about this remarkable artist known across the African continent, in Europe, Asia, and increasingly in the US.