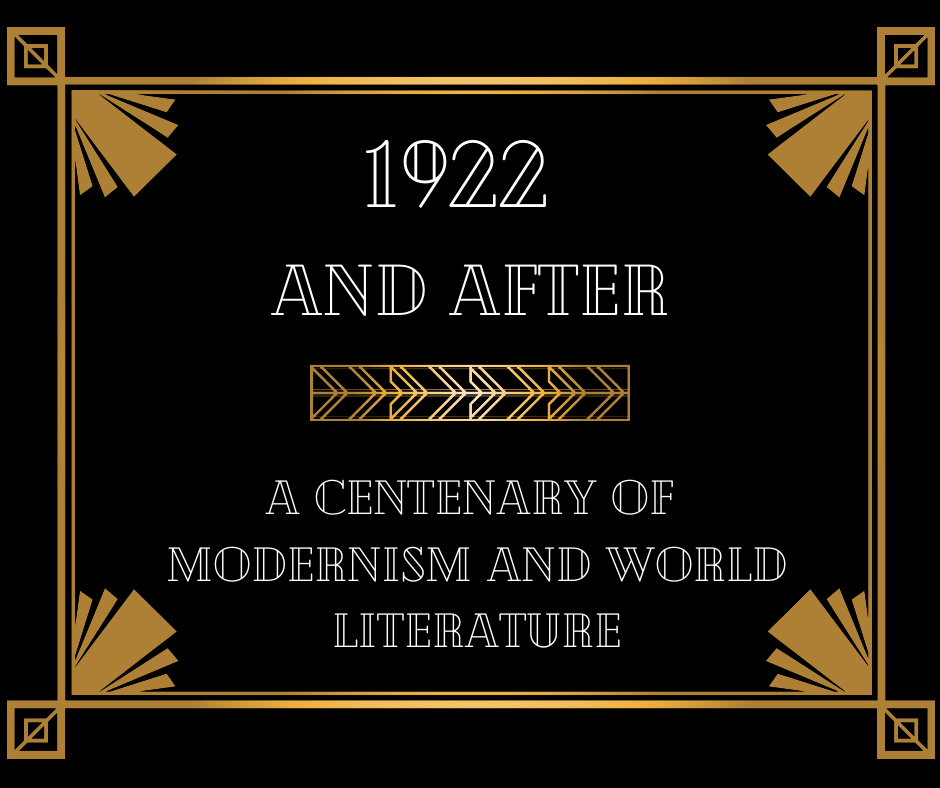 1922 and After: A Centenary of Modernism and World Literature

Drawing upon anthropological, psychological, and philosophical knowledge as well as personal experiences, the high modernists wrote their now-famous classics, including The Waste Land, Ulysses, Jacob’s Room, among many others, in the expanded context of a post-War generation facing the larger world via the influences upon them and the influences they and their works would create. These interrelationships among European, British, and American modernism (so-called international modernism), and the emergence of World Literature, provide the framework for the issue.

How does 1922 speak to us today, after a century of ever-increasing globalization, regarding “literature in a globalized world,” the understanding of the “comparative,” Global South studies, the emergence and variation of World Literature? What does it achieve proleptically in a kind of analytic arc that takes the entire century into its consciousness and resets its existence within certain mores and modes of contemporary thinking and discourses? How does 1922 speak into our times and discourses rather than speak back? How do we re-consider history, tradition, notion of the contemporary, and literature today, a hundred years hence? 1922 has its own world-forming potentials –- the potencies to “world” radical ways of thinking and understanding within the disciplinary and epistemic complexities of 2022. Articles tracing this complex literary dialogue and genealogy via close attention to important but possibly neglected texts, expanding, re-aligning, or critiquing them, defines the broad outlines of the issue.

Submissions should conform to MLA 8th edition style for documentation and manuscript formatting, and should include a 100-150 word abstract and 3-5 keywords. Submissions must be under 9,000 words for the entire submission package, including the abstract, notes, and works cited. No simultaneous submissions or previously published material.