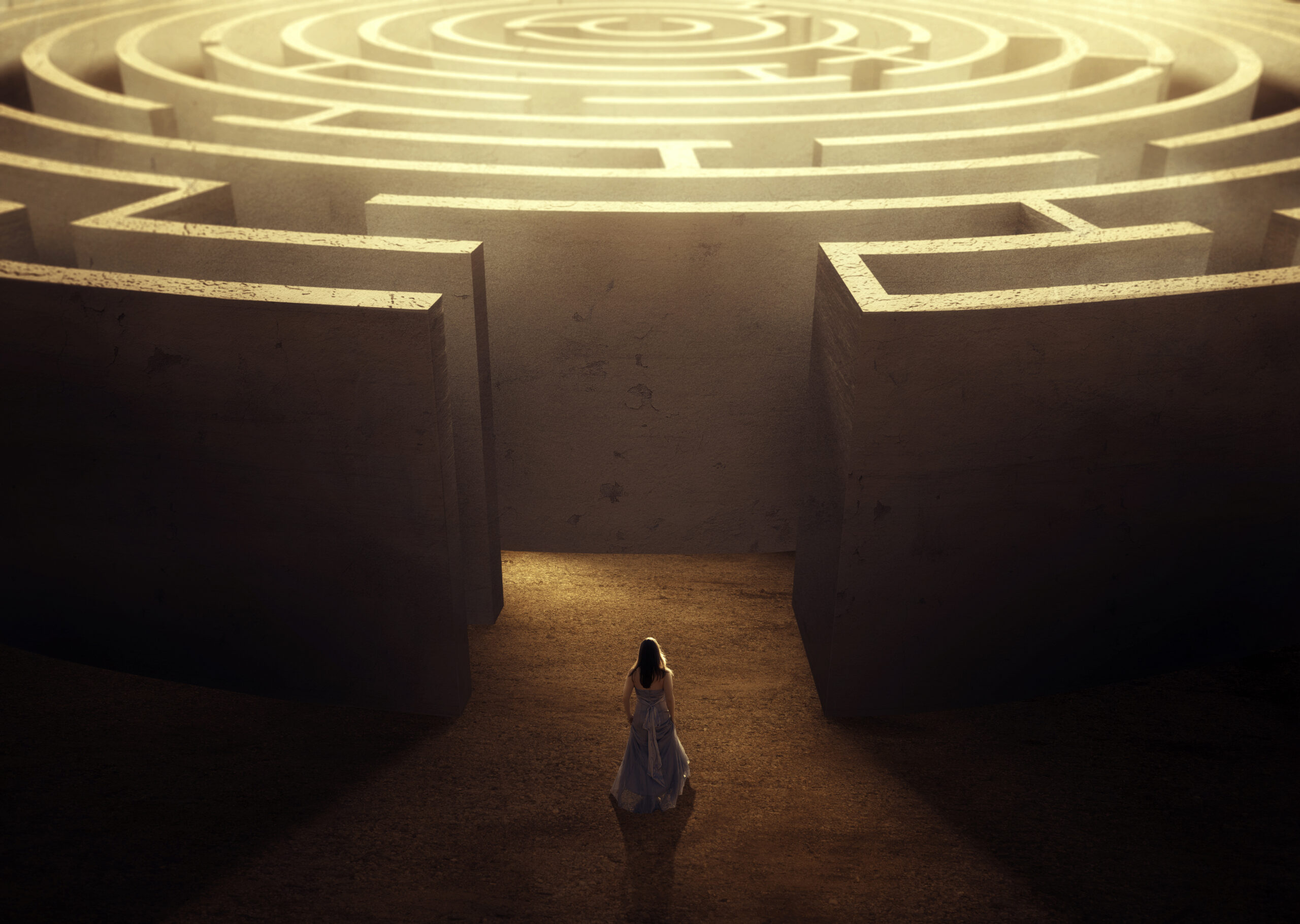 In Jean Rhys’s 1939 novel Good Morning, Midnight, the narrator Sasha Jensen recalls her frantic entrapment in a labyrinthine basement below the Parisian department store where she works. Uncertain what her boss Mr. Blank has actually told her to do because he has mispronounced a French word, she walks through “workrooms and offices and dozens of small rooms, passages that don’t lead anywhere, steps going up and steps going down . . . [I]t all becomes a nightmare. I walk upstairs, past doors, along passages–all different, all exactly alike. There is something very urgent that I must do. But I don’t meet a soul and all the doors are shut” (25-6). This moment defines the Rhysian impasse—literal and figurative dead ends and blocked passageways.

We have come to think of the twentieth and twenty-first centuries in terms of movement—migrations, flows, networks—but Rhys’s fiction shows that such movements dialectically integrate entrapment, stuckness, blockage. Many of Rhys’s protagonists are adrift, lacking a permanent home; while they are read in the modernist context of the flanuese, they are also unable to move freely or with a clear will. Good Morning, Midnight strikes me as what Lauren Berlant, writing of late twentieth and early twenty-first-century texts, calls an “impasse genre.” For Berlant, this genre emerges from “crisis ordinariness” in which “a being treads water; mainly it does not drown” (10). Berlant’s idea of “cruel optimism,” or the maintenance of “good life” fantasies in a hostile world also offers insight into Good Morning, Midnight’s Sasha who thinks to herself in a flashback, “When we get to Paris, the good life will start again” (115). Berlant’s idea of “cruel optimism” as realized through the “impasse genre” further illuminates a particularly unsettling aspect of Rhys’s fiction: The objectification (both self-objectification and being seen as an object) experienced by Rhys’s protagonists alongside a corresponding liveliness of inanimate objects.

In “Impassagenwerk: Jean Rhys’s Interwar Fiction and the Modernist Impasse,” I trace this interconnection between objectification and lively objects through two stories in Rhys’s collection The Left Bank (1927)—“Illusion” and “Mannequin” —and in her novels Quartet (1928), After Leaving Mr. Mackenzie (1931), Voyage in the Dark (1936), and Good Morning, Midnight. I argue that relationships with objects evolve through these fictions. Objects come alive in Rhys’s fiction not just because the human is objectified but also because human subjectivity is alienated and projected outward. Ultimately, this relationship forms yet another impasse. While the protagonists of these fictions defamiliarize and ironically stand apart from their world, they are still deeply embedded within it. Fashionable objects, in particular, enable their “cruel optimism.” Sasha thinks to herself, for example, as she anticipates what she calls her “transformation act”: “I must go buy a hat this afternoon, I think, and tomorrow a dress” (Rhys 63). As she looks to a future from within the impasse, Sasha is the apotheosis of the Rhysian protagonist navigating “good life” fantasies in the context of collective crisis. Rhys’s modernist conception of the “impasse genre” within the first part of the twentieth century resonates with our own stories of the impasse in the context of seemingly inescapable colonial legacies and the relentless churn of capitalism in the midst of social and ecological collapse.

Laurel Harris ([email protected]) is an assistant professor of English at Rider University. She has recently published articles in Literature/Film Quarterly, Doris Lessing Studies, and Transformations: The Journal of Inclusive Scholarship and Pedagogy as well as introducing archival work in PMLA. She is co-editor of Communal Modernisms: Teaching Twentieth-Century Literature and Culture in the Twenty-First Century Classroom (Palgrave, 2013), and she is currently working on a project exploring ideas of connectivity in modernist women’s fiction.

Read for free on JSTOR here.