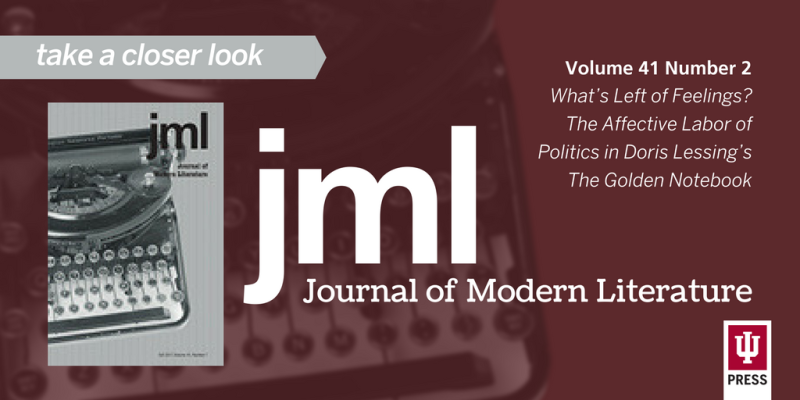 Only a year and change into the 45th presidency, and many of my comrades on the Left, of all stripes, are tired. Protests and letter-writing campaigns continue, as do marches. The Left is doing serious soul-searching, churning as usual in self-criticism. Many people – on the Right as well as Left – see this moment as an opportunity to live consonantly with their politics – or “getting woke.” As much as we’ve seen an explosion of discussion and public discourse about gender and race and sexuality on the left, we’ve also seen the galvanization of white nationalism (some of whom being for the President just “good guys”) on the right. Politics has never seemed like harder work. It feels, many of my peers would argue, exhausting. It is – because politics dissonantly occupies so many spectrums and registers of life.

Painfully, the register that is most visible, governance, is so far removed from the wishes of the majority. Governance at the highest levels, in America and elsewhere has many countries experiencing new, violent forms of reactionary populism, as in Hungary, the Philippines, and Israel. In my JML article, “What’s Left of Feelings? The Affective Labor of Politics in Doris Lessing’s The Golden Notebook,” I argue that Lessing captures the labor of political feeling, and the feeling of political work, largely in an adaptation of the myth of Sisyphus that preserves optimism against cynicism.

It has become frightfully easy to become cynical, but we are also living, perversely, in an era of optimism. Not optimism as it might manifest rhetorically, speaking of resolution and progress and development, but rather, optimism as performed in the contemporary work of politics. People write letters, and call senators. Communities organize marches, and teens start lecture tours. Alliances are formed, nurtured, and critiqued. Any utopian bent seems stymied by the sheer weight of the darkness of the present.

Similarly, The Golden Notebook is about living with calamity: the calamities of World War II, of colonialism and the African colour bar, of global inequity and Communism and Stalinism, of patriarchy and personal dissolution.  At the very beginning of Barack Obama’s presidency, it was widely circulated that The Golden Notebook was amongst his favourite books. The New York Times speculated that it was because it was about a woman’s effort to “articulate her own sense of self” (a rather bland evaluation of the novel). At the end of his presidency, as Malia headed off to college, he loaded a Kindle with books for her.  One of those selections, he explained to Michiko Kakutani, was The Golden Notebook, a book “that…[is] not on everybody’s reading list these days” and “which might not surface when she goes to college,” but which he remembers being powerful and affecting.

Admittedly, I rarely see it on colleagues’ syllabi, but I’ve taught the book twice, and students are challenged by its length and its nonlinear composition. But they’ve also found it really rewarding, and a touchstone, opening discussions about the vitality of female friendships, the unique challenges of mothering labor and work-life balance, as well as the tension between the individual and the collective.

Sometimes the work of the academic literary critic is far simpler than we’d like to admit: it’s a cry for others to read the things we’re reading, join in a conversation with us, and be affected like we were affected. And in moments of political crisis, we could do little better than harken back to writers like Lessing – or for that matter, Nadine Gordimer and Richard Rive – who represent ways through crisis and suggest paths that permit responsible hope that the forces of nationalism, racism, and xenophobia will once more be suppressed.

James Arnett is an assistant professor of English at the University of Tennessee-Chattanooga. 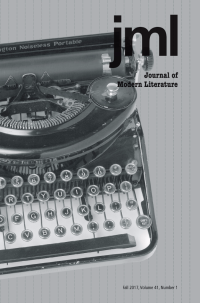 More from the Journal of Modern Literature 41.2

“What muck & filth is normally flowing through the air”: The Cultural Politics of Atmosphere in the Work of George Orwell
Edward King

• READ FOR FREE •
What’s Left of Feelings? The Affective Labor of Politics in Doris Lessing’s The Golden Notebook
James Arnett

Psychopathologies of the Island: Curses, Love and Trauma in Julia Alvarez’s How the Garcia Girls Lost Their Accents and Junot Diaz’s This is How You Lose Her
Stefania Ciocia

From Rupture to Mediation: Unmasking Modernism
Review by: Bi Yiqing

The Dirty Green: Joshua Schuster’s The Ecology of Modernism
Review by: Joshua Myers

Joyce/Shakespeare: A Room of Infinite Possibilities
Review by: Roy Benjamin