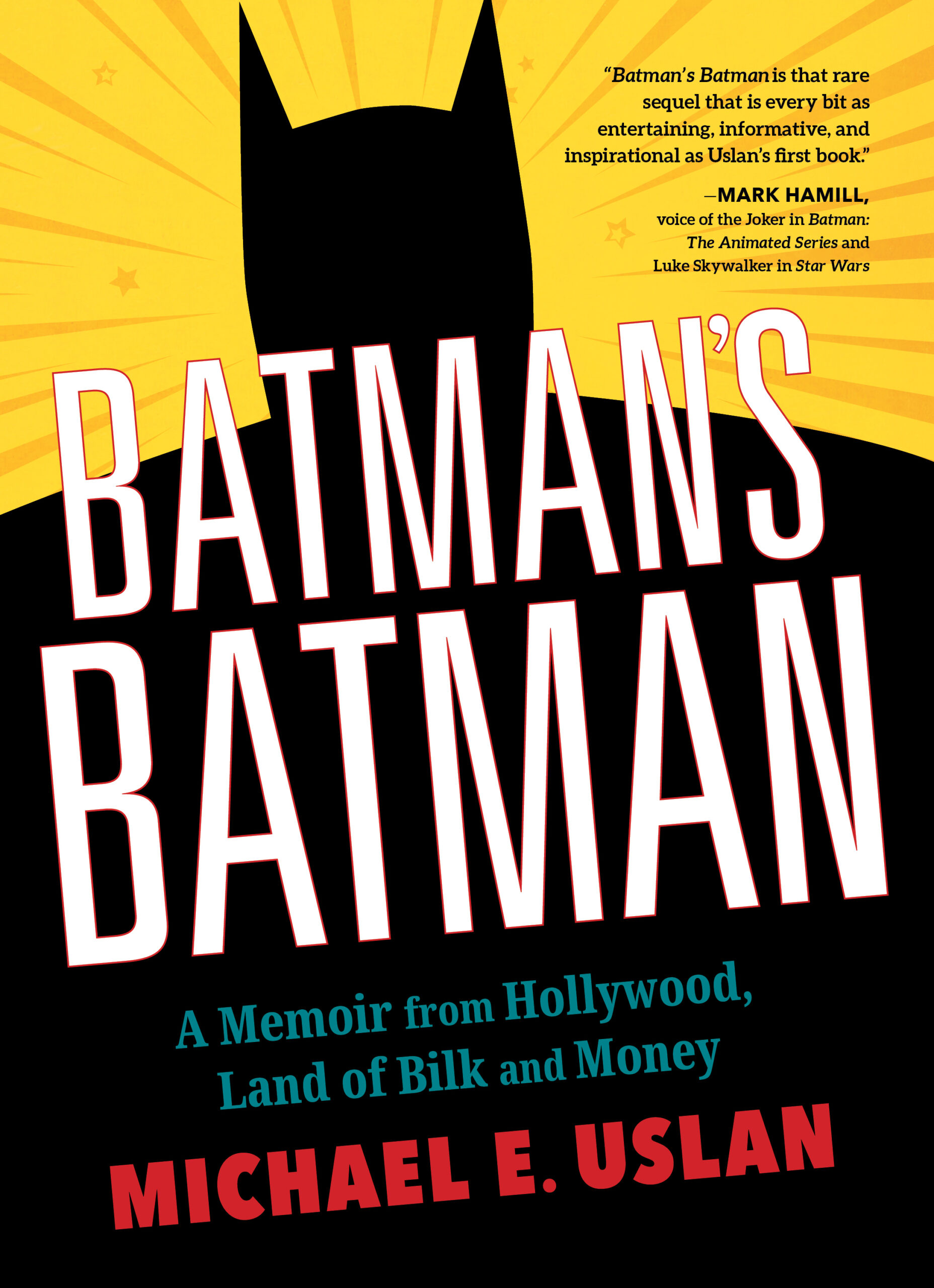 From Passion to Promotion: Michael Uslan on His Memoir, Batman’s Batman

An insider’s look at Hollywood and how movies and television shows are made.

On October 3rd, 1979, I was a kid in my 20s who had raised money privately and signed a contract, buying the rights to Batman from DC Comics! It had been my dream since 1966 to show the world the true Batman as he was created in 1939 as a creature of the night stalking deeply disturbed criminals in the shadows. Since the debut of the Batman TV comedy series, the whole world had been laughing at Batman, and that just killed me. I needed to do something about it.

It was now November 1979 and I was about to be turned down by the only remaining major Hollywood movie studio which had not already passed on my project. The studio production exec, with a general lack of interest, said to me and my producing partner, Ben Melniker, “If you really want to make a ‘Batman’ movie, we’ll consider it,  but it has to be the funny, pot-bellied Batman with all those ‘Pows,’ ‘Zaps’ and ‘Whams’ that audiences will remember and love.”

That was it. Another “Pass” and the final Batman rejection from the last major studio. Ben and I found a park-like bench on the grassy grounds of the studio. I sat, despondent with my head bowed into my hands. That’s when sage Ben said, “It’s quite ironic, Michael, that our final ‘no’ came from you. You know what that makes you?” he gently asked.

“Yeah, Ben, I know. It makes me an idiot,” I replied with something just short of disgust.

“No,” he countered. “You have a vision for Batman based on how he was created… this dark and serious thing. And you’re refusing to let anyone else come in who might corrupt that or turn it back into some campy comedy. You’re forfeiting big money, sacrificing everything in order to protect Batman and defend him. Michael, you’re Batman’s Batman!”

My book, Batman’s Batman, begins with this epiphany, then through dozens of anecdotes, recaps my 45 years of adventures and misadventures in the movie, television, animation, and comic book industries. I revel in the triumphs and confess the misfires. I explore the 13 rules for producing movies successfully; including some basic rules that can apply to people in any occupation anywhere.

This sequel to my previous memoir, The Boy Who Loved Batman (now being developed by the Nederlander Organization in New York City as a Broadway play), Batman’s Batman shows that what we learned and experienced while growing up comprises life‘s lessons that apply to our lives as (supposedly) mature adults and professionals in our businesses or crafts.

Written while within the Covid-threatened bubble my family lived in for over a year, this book is meant to entertain, inspire, generate a lot of laughs and a few tears, and spark cheers for projects that finally came to fruition after eons and shrieks for projects that died on the vine at the last possible moment after years of nurturing and development.

My life, like my book, has been a roller coaster ride. But what a fun ride around non-stop unexpected twists and turns! Fasten your seatbelt and hop on!

Michael E. Uslan is Originator and Executive Producer of the Batman movie franchise. He was the first instructor to teach an accredited course on comic book folklore at any university. He is the author of The Boy Who Loved Batman.