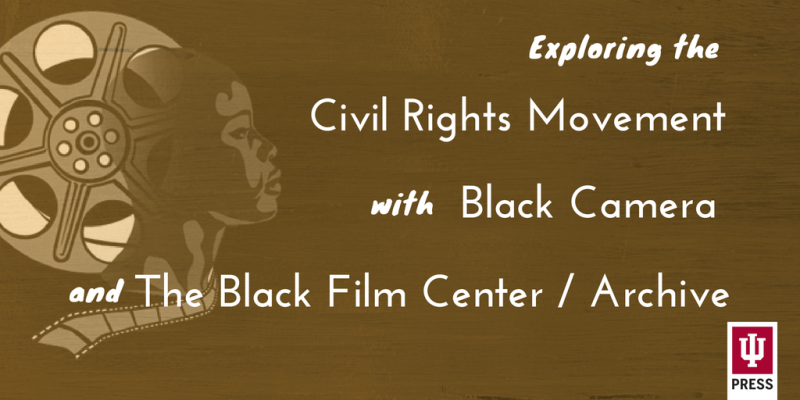 Today marks the 54th anniversary of The Civil Rights Act of 1964 – the landmark civil rights and US labor law in the United States that outlawed discrimination based on race, color, religion, sex, or national origin and prohibited unequal application of voter registration requirements, racial segregation in schools, employment, and public accommodations.

In honor of this historic event, we invite you to explore Indiana University’s Black Film Center / Archive, home of Black Camera, the international film journal.

BFC/A Documentaries on the Civil Rights and Black Nationalist Movements

The exploration and research of black history, the study of the documentary genre, and the use of film as teaching aids (for Indiana University faculty) are just some of the contributions made by documentaries in the BFC/A collections. Spanning from the 1890s to the present day, our documentaries tell countless stories about the black experience. Because the Civil Rights and Black Nationalist movements of the mid-20th century are pivotal areas of study in the field of black history and are the subjects of frequent requests, we have compiled the following list of documentaries in the BFC/A collections that explain aspects of these movements.

The Rosa Parks Story: The Making of a Civil Rights Icon

The Rosa Parks Story (2002) belongs to the wave of civil rights films that emerged in the 1980s and was dedicated to recounting the fight for desegregation in the southern states. Rosa Parks quickly became an icon of collective resistance by famously refusing to forfeit her seat to a white passenger on board a Montgomery, Alabama, bus. In this made-for-television biopic, director Julie Dash strives to retrace Rosa Parks's personal and political journey to emancipation. This article considers the constraints the director had to negotiate while recounting the story of a national icon for television. Not only did the weight of legacy bear on the project, but so did the conventions of the biopic as a genre that stresses the personal rather than the political. The historical narrative of the civil rights movement is simplified into a story that reproduces stereotypes popularized by both race melodramas and mainstream media.

Civil Rights, Labor, and Sexual Politics on Screen in Nothing But a Man (1964)

The independently made 1964 film Nothing But a Man is one of a handful of films whose production coincided with new civil rights insurgency and benefited from activists' input. This essay argues that the film's unusual attention to labor and gender politics as key elements both of racial subordination and liberation resulted from an unusual and productive, though not egalitarian, collaboration across racial lines. The white and Jewish filmmakers recognized the black freedom struggle in the U.S. South as part of World War II–era mobilizations against fascism and postwar challenges to colonialism around the world.

Black Camera is a journal of black film studies, edited at the Black Film Center/Archive at Indiana University-Bloomington, and engenders an academic discussion of black film production, including historical and contemporary book and film reviews, interviews with accomplished film professionals, and editorials on the development of black creative culture.