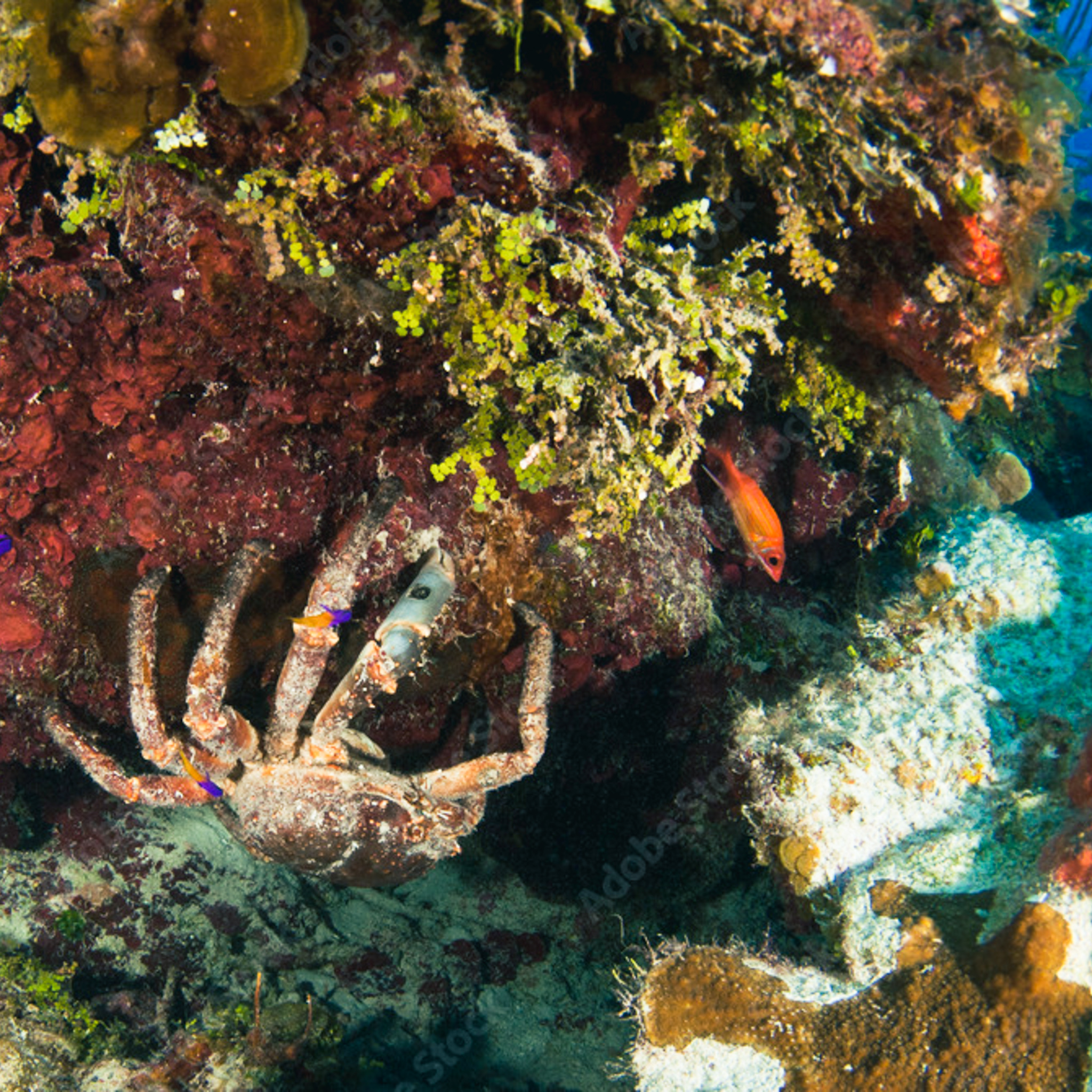 By Rachel Murray, author of “Things that Cling: Marine Attachments in Eliot,” now available for free on Project Muse.

I first became gripped by T.S. Eliot’s crustaceans around the time I noticed that they were gripping him. There was the scuttling sea-dweller in “The Love Song of J. Alfred Prufrock,” whose existence is a source of longing for the speaker: “I should have been a pair of ragged claws,” (Poems 7) he remarks wistfully. There were the crustaceans that Eliot marked out in his copy of Darwin’s The Descent of Man (1871), equipped with large “hook-like” appendages for “laying hold” and for being “most securely held” (309). And there was the venerable crustacean in “Rhapsody on a Windy Night”: “An old crab with barnacles on his back, / Gripped the end of a stick which I held him” (Poems 19). The crab’s act of gripping has often been interpreted as a mechanical gesture akin to the “automatic hand” (19) of the blank-eyed child retrieving the escaped toy lines earlier. Indeed, Eliot’s crustaceans are commonly understood to be somewhat deathly, machine-like figures scuttling mindlessly through silent seas. Reading this passage though, I was struck by something surprisingly tender in the speaker’s recollection of the “old crab” —an adjective that implies affection as well as age. The curious syntax of the phrase “which I held him,” seemed, to my eye at least, to turn the act of holding something out to the crab into a state of being held by him. Hinting at a form of physical, and potentially queer, intimacy, the memory of the crab held a powerful affective charge that appeared at odds with the creature’s supposedly deathly symbolism.

As I continued my reading, it became apparent that the “depths of feeling” (CP4 688) surrounding Eliot’s crustaceans extended to other forms of marine life—particularly creatures that grip or cling on to their surroundings. In “Things that Cling,” I argue that images of marine life in Eliot evoke a form of attachment “to self and to things and to persons” (Poems 205) that complicates the author’s reputation as a poet of detachment. At times, they even undermine the author’s own articulation of this aesthetic stance. In a 1917 letter to Mary Hutchinson, Eliot argues that a writer should remain “perfectly cool and detached,” before introducing the analogy of a “person who has dived very deep and comes up holding firmly some hitherto unseen submarine creature” (L1 220). This image of the writer as a quasi-scientific figure confidently grasping some new aspect of the world inadvertently calls to mind something like the opposite phenomenon: the submarine creature may have been torn from the depths, but it is now “firmly” attached to the person who returns with it. The analogy of the diver is consistent with the dynamics of attachment in Eliot’s writing more generally, as the attempt to gain a firm grasp, or mastery over the surrounding world gives way to a deeper recognition of the value of being gripped and held by some “hitherto unseen” aspect of it.

The surprising connection between images of marine life and ideas of attachment in Eliot has got me thinking about our affective responses to distant and seemingly alien life forms such as crabs. Could it be that our attachments to these creatures largely exists beneath the surface of conscious awareness? And might the work of writers such as Eliot offer a glimpse of these “hitherto unseen” parts of ourselves? My current research explores these questions in relation to a number of twentieth-century poets. I’m interested in how writers challenge dominant cultural attitudes toward marine life, as well as in the forms of attachment that their marine imagery makes possible. I’m also interested in how a growing awareness of the vulnerability of ocean habitats has shaped contemporary responses to marine life. What kinds of attachment are writers developing towards creatures such as crabs in the face of widespread ecological devastation, and how might these attachments draw on, and develop, existing modes of aesthetic response?

Rachel Murray ([email protected]) is a Leverhulme Early Career Fellow at the University of Sheffield. She is the author of The Modernist Exoskeleton: Insects, War, Literary Form (Edinburgh UP, 2020).