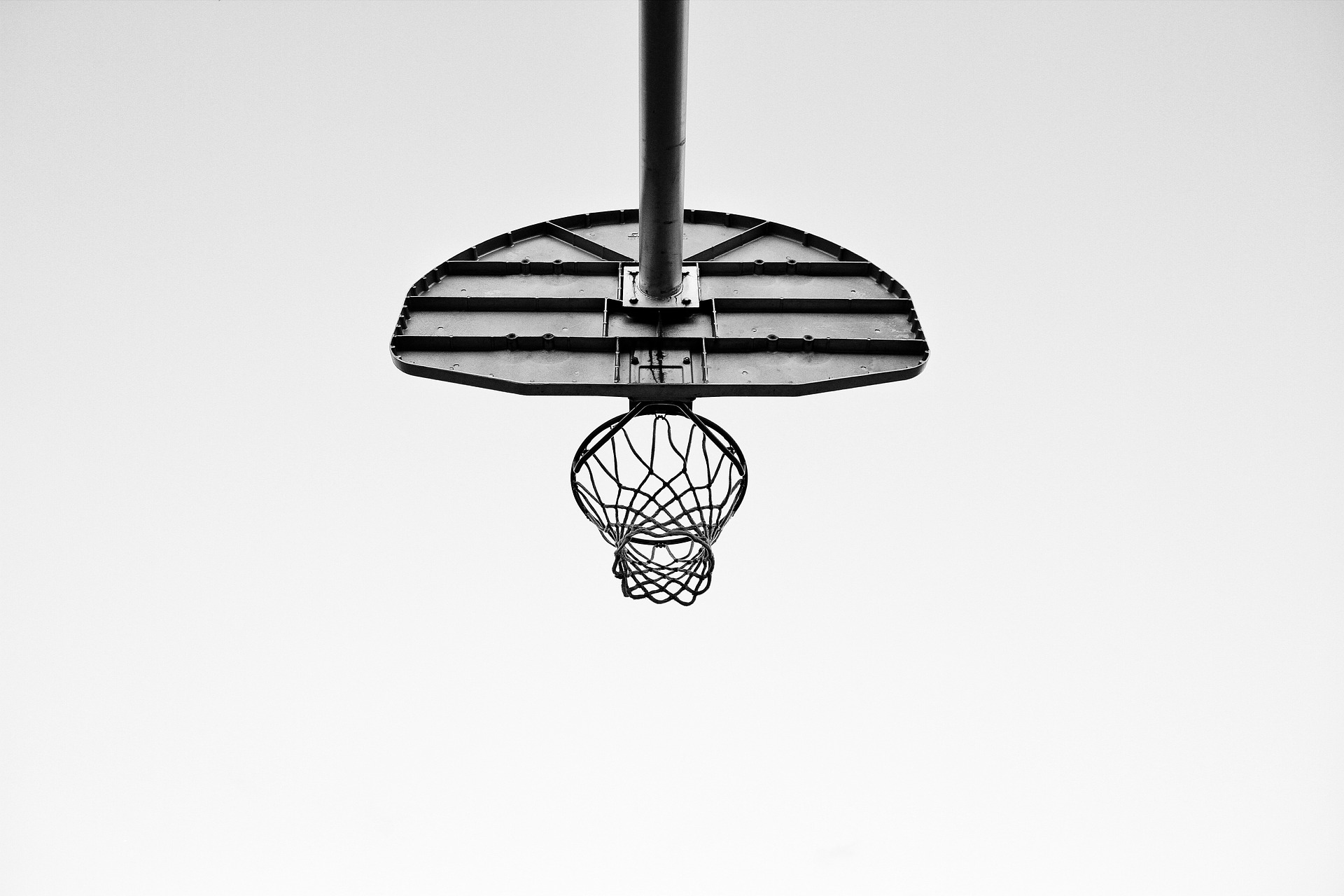 After one cup of coffee it was pretty much a done deal. Crowded around a small table in the corner of the restaurant, a laptop map displaying Indiana, we made the decision to photograph a “few old Hoosier basketball gyms.” It was that simple. And now 7 years later, 50,000 miles on, we have photographed more than 300 of those gyms. Along the way we have watched countless hours of basketball and encountered folks who truly believe that this game is fixed to the soul of our state.

Our intent was innocent and the view of our project naïve – we thought nobody had ever traveled this route before. If we had known that thousands of pages had been dedicated to Indiana high school basketball our conversation that night over coffee might have gone differently.

First drawn to the architecture of the gymnasiums we quickly discovered that this story was about more than just brick and mortar, maple and shellac. Told over and over how important these places were to their communities, we began to embrace the “game on Saturday, church on Sunday” mantra, believing both to be transcendent experiences.

We started our journey slowly, moving south and west along the Ohio River. We scoured county maps, contacted historical societies, reached out to high school athletic directors and talked to every local who could direct us to the next gym.  Before long we had visited towns outlining the entire state – Lawrenceburg, New Albany, Mt. Vernon, Terre Haute, Whiting, Michigan City, Angola, and Richmond.  We photographed former players and coaches in gyms overflowing with memories; witnessed rivalry and tournament games in packed houses and came to understand how important this game was to every community in our state.

As we dove deeper into the history of the Hoosier game we began to see how race and gender issues paralleled the society at large.  A game that was fostered and grew in small towns in the early part of the 20th Century was not truly open to blacks at tournament time until the mid 1950s and not open to women until the mid 1970s.  We also saw the effects of school consolidation and the disappearance of small community pride as the state’s educational philosophy pushed the game into classification.

We hope that one of the lasting legacies of this photographic project will be a desire to preserve Indiana’s historic gymnasiums or as the New York Times aptly called them, “the Temples of Indiana High School Basketball.”  They are not only architectural monuments whose history is embedded in the Hoosier story but they are reflections of the communities where they exist; and they are much more than just places where a game is played.