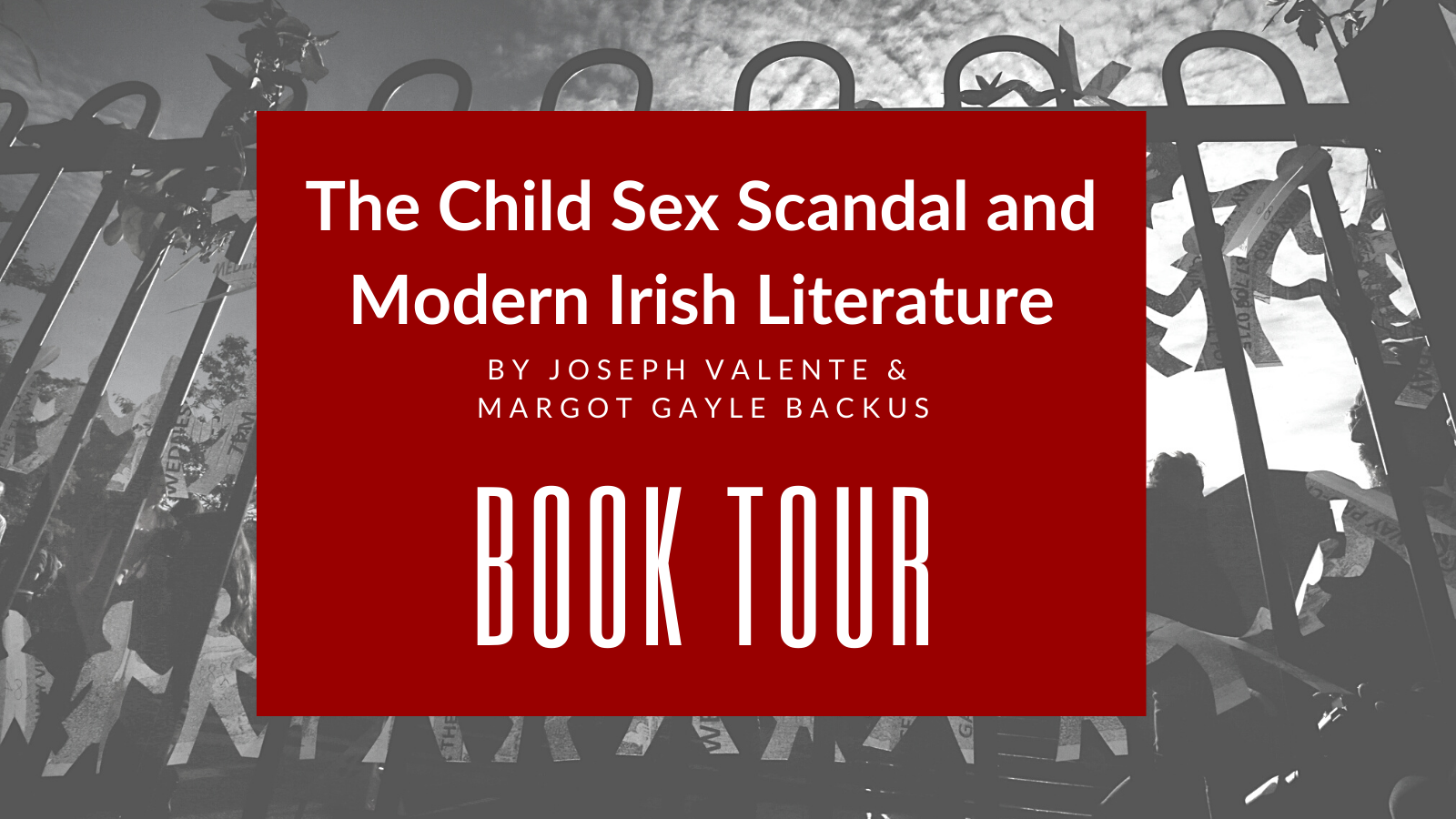 Join author Joseph Valente during his book tour for his recent release of The Child Sex Scandal and Modern Irish Literature.

Even though the Irish child sex abuse scandals in the Catholic Church have appeared steadily in the media, many children remain in peril.

In The Child Sex Scandal and Modern Irish Literature, Joseph Valente and Margot Gayle Backus examine modern cultural responses to child sex abuse in Ireland. Using descriptions of these scandals found in newspapers, historiographical analysis, and 20th- and 21st-century literature, Valente and Backus expose a public sphere ardently committed to Irish children’s souls and piously oblivious to their physical welfare. They offer historically contextualized and psychoanalytically informed readings of scandal narratives by nine notable modern Irish authors who actively, pointedly, and persistently question Ireland’s responsibilities regarding its children. Through close, critical readings, a more nuanced and troubling account emerges of how Ireland’s postcolonial heritage has served to enable such abuse.

The Child Sex Scandal and Modern Irish Literature refines the debates on why so many Irish children were lost by offering insight into the lived experience of both the children and those who failed them.