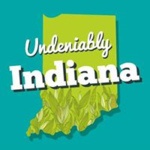 Calling all Hoosiers: we need your help to complete our first crowd-sourced book! In 2016, we will publish Undeniably Indiana to coincide with the Indiana state bicentennial…. READ MORE

When Europe Was A Prison Camp
Father and Son Memoirs, 1940-1941
Otto Schrag and Peter Schrag

Continuing from yesterday's blog post, Nancy Lightfoot recaps the second half of her experience at the Association of American University Presses (AAUP) 2015 conference…. READ MORE

Today, Nancy Lightfoot, another one of our Pat Hoefling Grant winners, will recap her experience from the Association of American University Presses (AAUP) 2015 conference…. READ MORE

AAUP 2015 recap: The Darwinization of Publishing

This week on the blog, we're featuring posts from some of our colleagues who attended the Association of American University Presses (AAUP) 2015 conference last month.… READ MORE 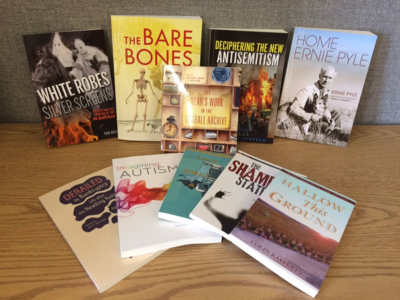 Want a sneak peek at our winter 2015-16 books before they are published? Then head over to Goodreads to enter our advance reading copy giveaway! We are offering five copies each of:

Marianne Boruch, poet and author of The Glimpse Traveler, is the winner of the National Author prize given by the 2015 Eugene and Marilyn Glick Indiana Authors Award.… READ MORE

While writing Surviving the Bosnian Genocide: The Women of Srebrenica Speak, I was angry and appalled by the Dutch failure to deal with its responsibility for the genocide of 8,000 Muslim Bosnian men by Serbian troops in Bosnia in July 1995…. READ MORE