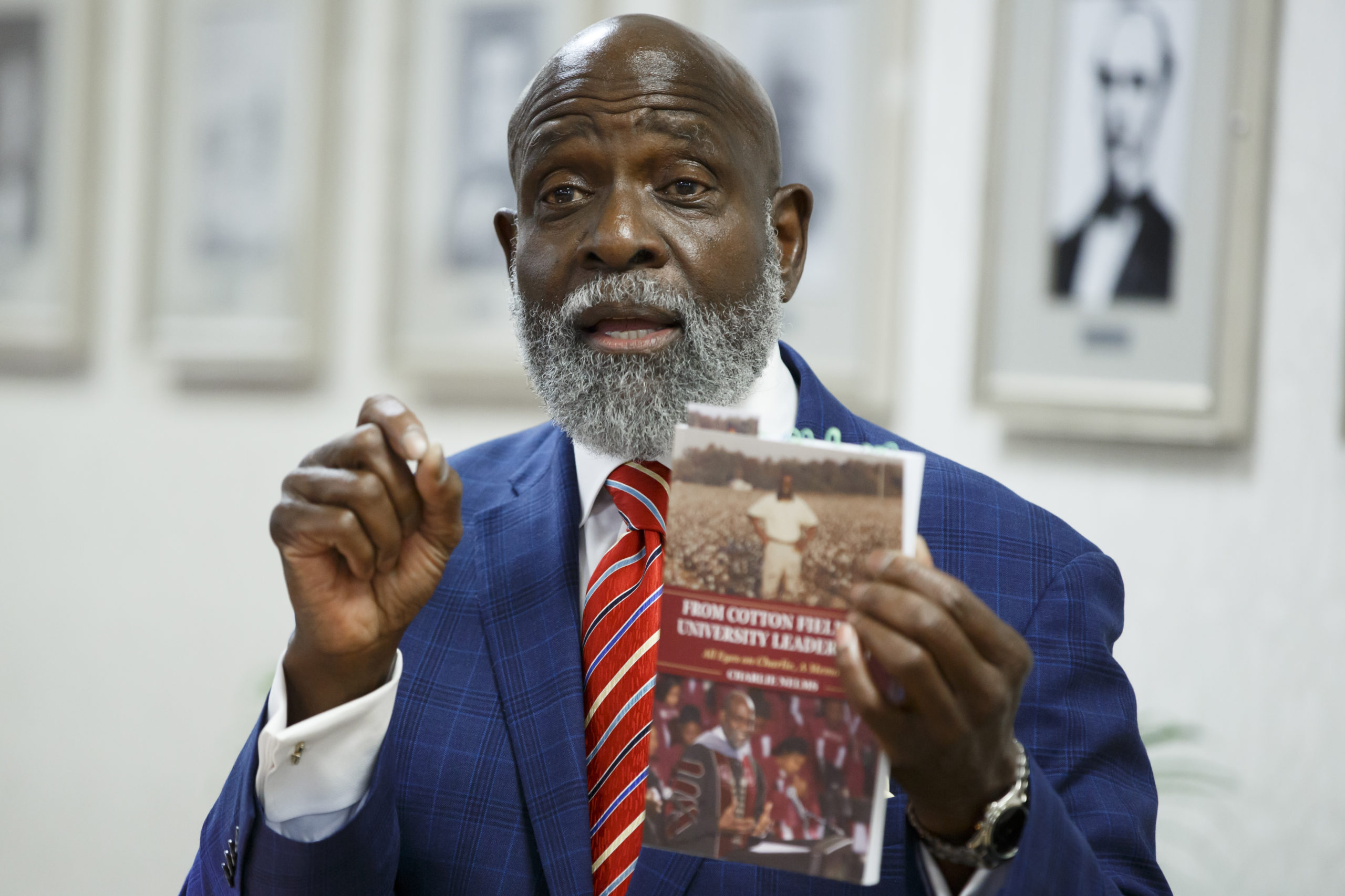 The following is a guest blog post from Charlie Nelms, author of From Cotton Fields to University Leadership: All Eyes of Charlie, A Memoir.

Charlie’s memoir is available for anyone to read for free online until August 1, 2020, in appreciation to the Office of the Bicentennial for making our Well House Book series possible.

Truth be told, I suspect that most people who’ve had the privilege of serving in major leadership positions have flirted with the idea of writing a book about their experiences, in hopes of inspiring future generations of leaders across boundaries. I am no exception. Two years ago I met with Gary Dunham, director of IU Press, to explore the possibility of publishing my book. A few weeks later, I followed up that meeting with a comprehensive book proposal. Needless to say, I was elated upon receiving a contract, with Gary himself serving as my editor. I said aloud to myself, “Charlie, my boy, you’re in tall cotton!” I could hardly wait to start writing in earnest.

Although I never expected that writing my memoir would be easy, I quickly discovered it was much harder than I’d anticipated. Without a doubt, the hardest part was dealing with over six decades of emotional scars and scabs buried just beneath the surface, as a black man born and raised in the Deep South during America’s apartheid era. I had to come to grips with the fact that my inner core had been significantly damaged as I struggled most of my life to navigate the turbulent currents of what black scholar W. E. B. Du Bois referred to as the “double-consciousness of African Americans.” In The Souls of Black Folk, Du Bois wrote, “It is a peculiar sensation, this double-consciousness, this sense of always looking at one’s self through the eyes of others, of measuring one’s soul by the tape of a world that looks on in amused contempt and pity. One ever feels his twoness, —an American, a Negro; two souls, two thoughts, two unreconciled strivings; two warring ideals in one dark body, whose dogged strength alone keeps it from being torn asunder.”

Early in the writing process, three very important things happened. First, I came to the realization that rather than writing a book, I was narrating a story with numerous events, places, and characters—and I was just one of those characters. Second, I discovered that my recall of the effects of extreme poverty, blatant racism and discrimination was emotionally debilitating. It was so debilitating that I found myself experiencing bouts of anger, increased wine consumption and even occasional crying. One day as I prepared to commence my daily writing regimen, I decided spontaneously to abstain from consuming alcohol until my book was published. Over the past two years, I have come to appreciate nonalcoholic beer or wine almost as much as I once enjoyed a glass of good wine, but not quite as much! Third, in writing, I gained an even deeper appreciation for the lessons my parents sought to teach us about the importance of family, hard work, sharing with others, education and persistence. Without question, these lessons have sustained me and made me the person I am today. These are the same lessons my spouse and I endeavored to teach our son Rashad.

While I’m the central character in my memoirs, it would be a mistake for the reader to erroneously conclude that the book is only about me. It’s about the transformative impact of education, mentoring, and the thousands of lives that I’ve been privileged to touch through my work. It’s about the power of one boy’s dreams and aspirations nurtured by those who believed he could be an agent of change for people who looked like him, and those who don’t. It’s about what can be accomplished when university leaders practice what they preach to achieve excellence and equity.

Charlie Nelms had audaciously big dreams. Growing up black in the Deep South in the 1950s and 1960s, working in cotton fields, and living in poverty, Nelms dared to dream that he could do more with his life than work for white plantation owners sun-up to sun-down. Inspired by his parents, who first dared to dream that they could own their own land and have the right to vote, Nelms chose education as his weapon of choice for fighting racism and inequality.

With hard work, determination, and the critical assistance of mentors who counseled him along the way, he found his way from the cotton fields of Arkansas to university leadership roles. Becoming the youngest and the first African American chancellor of a predominately white institution in Indiana, he faced tectonic changes in higher education during those ensuing decades of globalization, growing economic disparity, and political divisiveness. From Cotton Fields to University Leadership is an uplifting story about the power of education, the impact of community and mentorship, and the importance of dreaming big.

Charlie Nelms is currently a senior scholar at the American Association of State Colleges and Universities and a Center Scholar at the Center for Postsecondary Research, Indiana University School of Education, as well as retired Chancellor, North Carolina Central University, and IU Vice President for Institutional Development and Student Affairs Emeritus. In retirement, he works with historically Black colleges and universities to strengthen leadership and governance. Learn more about Charlie on his website and follow him on twitter at @CharlieNelms for continued thought leadership advice.

Charlie’s new book From Cotton Fields to University Leadership can be found wherever books are sold.