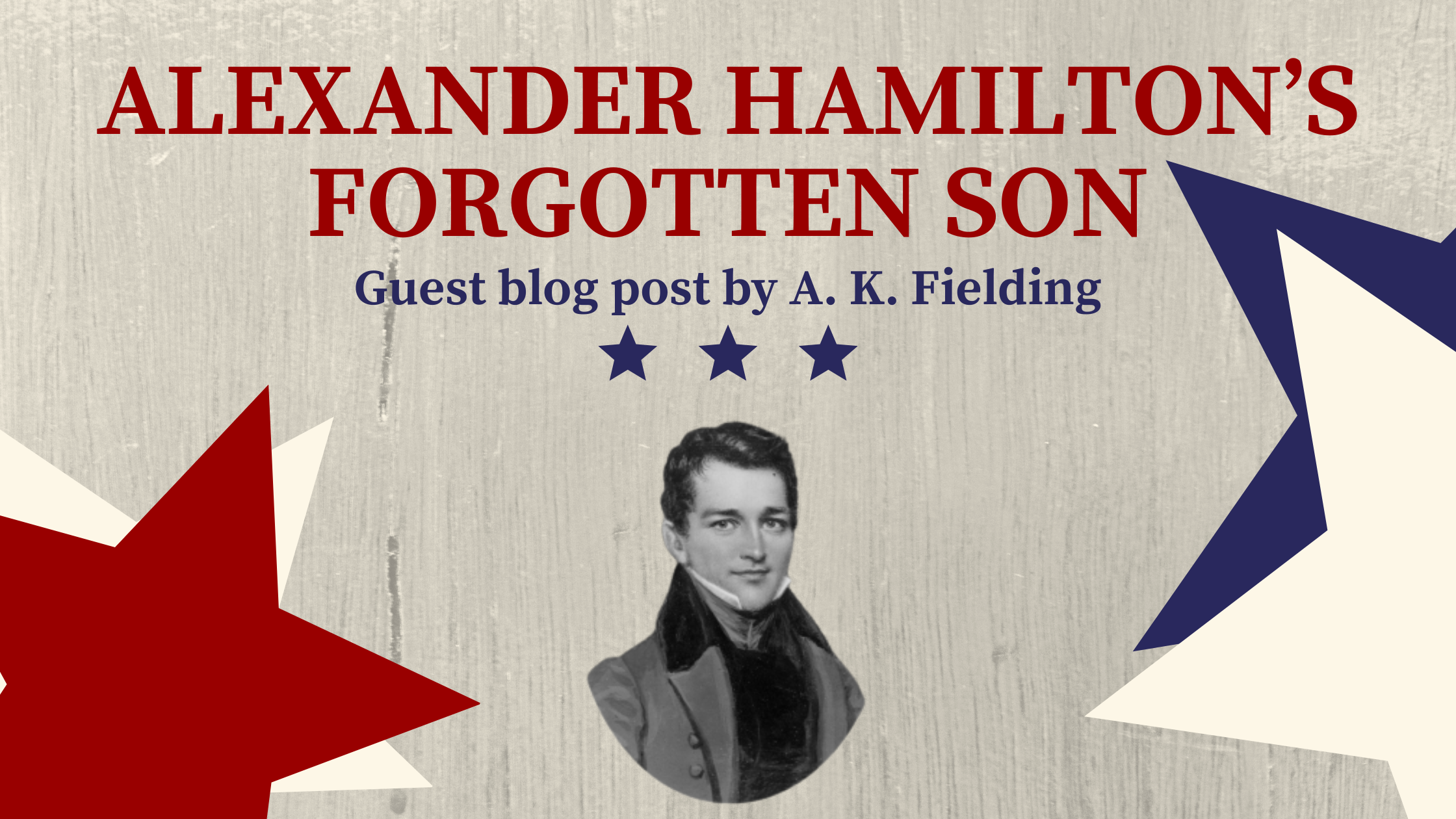 The following is a guest blog post by A. K. Fielding, author of Rough Diamond: The Life of Colonel William Stephen Hamilton, Alexander Hamilton’s Forgotten Son.

My journey to write about Colonel William Stephen Hamilton began when I was still in college working on my senior paper. At the time, I was working on the relationship between Alexander Hamilton and his mother, Rachel Faucett. As I began researching the Hamilton family, I came across a photograph of William.

But the photograph was also attributed to his eldest brother, Philip. This naturally piqued my curiosity and I continued to dig further to find out more about the image.  I eventually was able to find who the person was in the photograph (this is addressed at length in my book Rough Diamond: The Life of Colonel William Stephen Hamilton, Alexander Hamilton’s Forgotten Son (2021).

The research I conducted for the photograph eventually led me to dedicating the next decade of my life hunting for information on William. It was a painstaking process. William was quite tight lipped and unlike his father, did not leave me with a lot of fabulous primary sources to work with.  Nonetheless, I was determined to tell his story and I pursued him relentlessly across the country.

I travelled all over the USA, especially in the states of Illinois and Wisconsin which is where he spent the bulk of his life. Along the way there were many disappointments and some joyous discoveries. When in Wiota, Wisconsin, I enjoyed sampling their wonderful cheeses, looking at the beautiful Blue Mound, the badger holes left by miners, and the green pastures which all reminded me of the lazy, idyllic time William must have spent in the area. I had to climb a barbed wire fence to get through to a private farm which is where William’s Fort Hamilton once stood. That was definitely an experience worth remembering. The people I connected with in rural Wisconsin were wonderful and extremely helpful in my research.

In Illinois, the city of Springfield was crowded but I loved walking in the areas William had once walked in when he worked there. Peoria, Illinois was surveyed by William and I visited the docks at the beautiful Illinois River in Peoria. Galena was a beautiful architectural delight. When I was there, I had the opportunity to speak at the Galena Miner’s conference about my research. Again, it was great to meet such wonderful people who were interested, enthusiastic, and knowledgeable about the history of mining and Galena itself.

In my work, I have tried to tell the story of nineteenth century pioneers who lived in the Midwest through William’s life.  I also wanted to further the history of the Hamilton family through – the second generation – his life. I hope I have accomplished both of these tasks in my book.

A.K. Fielding is an independent historian and an artist. She writes about early American topics so she can buy materials with which to paint subjects from that period. The author of numerous historical articles, she is the author of the “A Little Book of Revolutionary Quotes” series. She lives in the land of the free and the home of the brave. Visit her website for more information and news from A. K. Fielding.