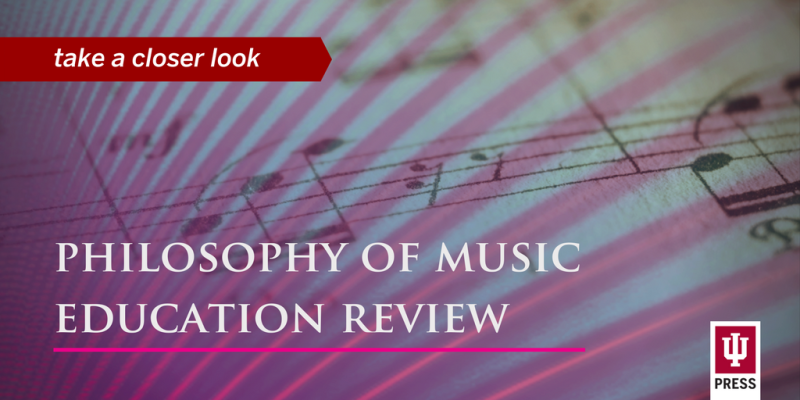 Øivind Varkøy’s article, "Perspectives on Uniformity, Sameness, and Homogeneity and Proclamations of Pluralism, Diversity, and Heterogeneity," from the Philosophy of Music Education Review’s newest issue is now available on JSTOR & Project MUSE. Below, Øivind elaborates on the tensions between pluralism, diversity and uniformity.

In a panel at the ISPME conference in New York in 2013, Frederik Pio (Denmark), Eva Georgii-Hemming (Sweden), Hanne Fossum (Norway), Christian Rolle (Germany), and I addressed and discussed the tendency of uniformity and homogeneity of ideas concerning music education—within a culture of proclaimed diversity and heterogeneity. We are delighted to have been given the opportunity to develop some of our ideas in the articles presented in PMER Spring 2017, focusing on reflections connected to current discussions in Scandinavian countries as well as in Germany.

In our countries, societies are often described as multicultural. Many stories about the world are said to exist side by side and the general perception is that we live in times dominated by a cultural mentality that values difference and ambiguity. However, we find some quite contrary tendencies in our societies—tendencies toward uniformity, sameness, and homogeneity —which in the worst case could lead to a simple and naïve understanding of life, society, and culture. Some kinds of technical rationality, instrumental reason, and instrumentalism put their clammy hands on an increasing number of areas of life. This affects thinking in a number of fields, including education, art, science, health, children, sports, and nature. The tension between proclaimed pluralism, diversity, and heterogeneity and expressions and experiences of uniformity, sameness, and homogeneity is the foundation for the reflections in our texts in PMER Spring 2017.

Perspectives on Uniformity, Sameness, and Homogeneity and Proclamations of Pluralism, Diversity, and Heterogeneity
Øivind Varkøy

The Music Teacher as a Cultural Figure: A Cautionary Note on Globalized Learning as Part of a Technical Conception of Education
Frederik Pio

What is Quality? The Political Debate on Education and its Implications for Pluralism and Diversity in Music Education
Eva Georgii-Hemming

What is Right? What is Wrong? Music Education in a World of Pluralism and Diversity
Christian Rolle

Remixing the Classroom: Toward an Open Philosophy of Music Education by Randall Everett Allsup
Review by: Juliet Hess