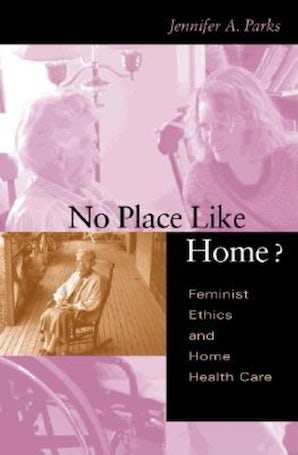 "No Place Like Home? combines the rigorous scholarship of an academic feminist philosopher with the 'close to the ground' insights that come from bathing, feeding, and caring for older people as a home care aide. This book develops recent work in feminist philosophy that attends to both care and justice to propose a way to reform home care to reduce its exploitative qualities while assuring that it is more than 'bed and body' work." —Martha B. Holstein, Visiting Scholar, Center for Research on Women and Gender at the University of Illinois, Chicago and co-editor, Ethics and Community Based Elder Care

"For a scathing critique of how American society abuses both those who receive home-based care as well as those who provide it, and a sophisticated vision of how we might move toward a more just future, there's no book like No Place Like Home?." —James Lindemann Nelson, co-author of Alzheimer's: Answers to Hard Questions for Families

"[Jennifer Parks's] critique of current practices and institutions is thorough and accurate, benefiting both from her own experience as a homecare worker and the philosophically sophisticated tools she brings to bear on it." —Laura Purdy, Professor of Philosophy, Wells College

In this provocative new book, Jennifer A. Parks analyzes practices in the home health care industry and concludes that they are highly exploitative of both workers and patients. Under the existing system, underpaid workers are expected to perform tasks for which they are inadequately trained, in unreasonably short periods of time. This situation, Parks argues, harms workers and puts home health care patients at risk. To the extent that the majority of patients and workers in home health care are women, she turns to feminist ethics for an alternative approach. Through an understanding of individuals as social beings with obligations to others, and of home health care as a public good, Parks explains how to develop the social benefits of good home health care and increase the role of government in providing financial support and regulatory oversight. 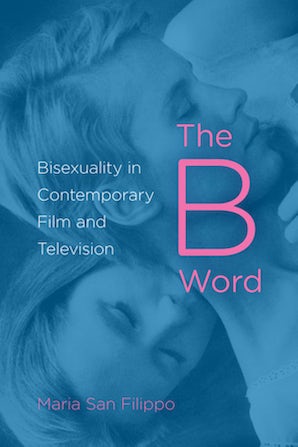 Bisexuality in Contemporary Film and Television

Often disguised in public discourse by terms like "gay," "homoerotic," "homosocial," or "queer," bisexuality is strangely absent from queer studies and virtually untreated in film and media criticism. Maria San Filippo aims to explore the central role bisexuality plays in contemporary screen culture, establishing its importance in representation, marketing, and spectatorship. By examining a variety of media genres including art cinema, sexploitation cinema and vampire films, "bromances," and series television, San Filippo discovers "missed moments" where bisexual readings of these texts reveal a more malleable notion of subjectivity and eroticism. San Filippo's work moves beyond the subject of heteronormativity and responds to "compulsory monosexuality," where it's not necessarily a couple's gender that is at issue, but rather that an individual chooses one or the other. The B Word transcends dominant relational formation (gay, straight, or otherwise) and brings a discursive voice to the field of queer and film studies. 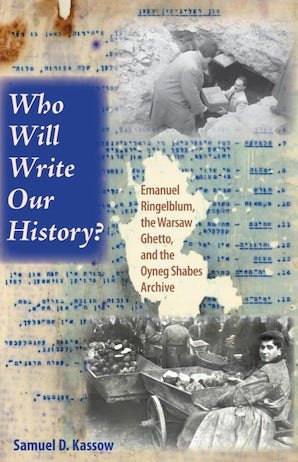 Who Will Write Our History?

Emanuel Ringelblum, the Warsaw Ghetto, and the Oyneg Shabes Archive

In 1940, the historian Emanuel Ringelblum established a clandestine organization, code named Oyneg Shabes, in Nazi-occupied Warsaw to study and document all facets of Jewish life in wartime Poland and to compile an archive that would preserve this history for posterity. As the Final Solution unfolded, although decimated by murders and deportations, the group persevered in its work until the spring of 1943. Of its more than 60 members, only three survived. Ringelblum and his family perished in March 1944. But before he died, he managed to hide thousands of documents in milk cans and tin boxes. Searchers found two of these buried caches in 1946 and 1950.

Who Will Write Our History tells the gripping story of Ringelblum and his determination to use historical scholarship and the collection of documents to resist Nazi oppression.