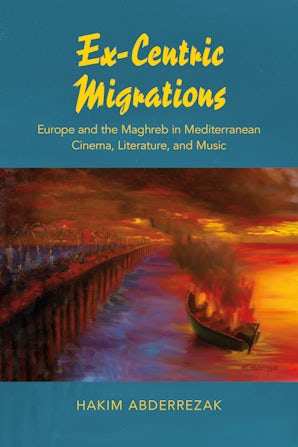 Europe and the Maghreb in Mediterranean Cinema, Literature, and Music

Ex-Centric Migrations examines cinematic, literary, and musical representations of migrants and migratory trends in the western Mediterranean. Focusing primarily on clandestine sea-crossings, Hakim Abderrezak shows that despite labor and linguistic ties with the colonizer, migrants from the Maghreb (Morocco, Algeria, and Tunisia) no longer systematically target France as a destination, but instead aspire toward other European countries, notably Spain and Italy. In addition, the author investigates other migratory patterns that entail the repatriation of émigrés. His analysis reveals that the films, novels, and songs of Mediterranean artists run contrary to mass media coverage and conservative political discourse, bringing a nuanced vision and expert analysis to the sensationalism and biased reportage of such events as the Mediterranean maritime tragedies. 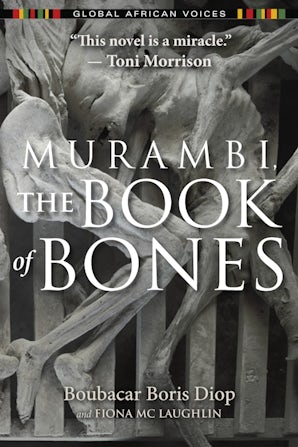 Murambi, The Book of Bones

In April of 1994, nearly a million Rwandans were killed in what would prove to be one of the swiftest, most terrifying killing sprees of the 20th century. In Murambi, The Book of Bones, Boubacar Boris Diop comes face to face with the chilling horror and overwhelming sadness of the tragedy. Here, the power of Diop's acclaimed novel is available to English-speaking readers through Fiona Mc Laughlin's crisp translation and a compelling afterword by Diop. The novel recounts the story of a Rwandan history teacher, Cornelius Uvimana, who was living and working in Djibouti at the time of the massacre. He returns to Rwanda to try to comprehend the death of his family and to write a play about the events that took place there. As the novel unfolds, Cornelius begins to understand that it is only our humanity that will save us, and that as a writer, he must bear witness to the atrocities of the genocide. 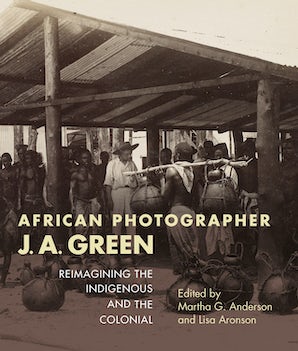 Reimagining the Indigenous and the Colonial

J. A. Green (1873–1905) was one of the most prolific and accomplished indigenous photographers to be active in West Africa. This beautiful book celebrates Green's photographs and opens a new chapter in the early photographic history of Africa. Soon after photography reached the west coast of Africa in the 1840s, the technology and the resultant images were disseminated widely, appealing to African elites, European residents, and travelers to the region. Responding to the need for more photographs, expatriate and indigenous photographers began working along the coasts, particularly in major harbor towns. Green, whose identity remained hidden behind his English surname, maintained a photography business in Bonny along the Niger Delta. His work covered a wide range of themes including portraiture, scenes of daily and ritual life, commerce, and building. Martha G. Anderson, Lisa Aronson, and the contributors have uncovered 350 of Green's images in archives, publications, and even albums that celebrated colonial achievements. This landmark book unifies these dispersed images and presents a history of the photographer and the area in which he worked. 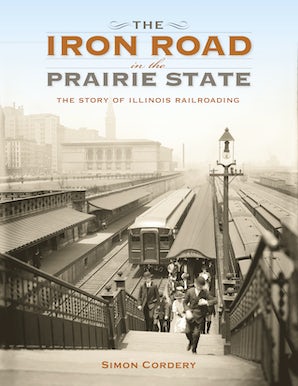 In 1836, Abraham Lincoln and Stephen Douglas agreed on one thing: Illinois needed railroads. Over the next fifty years, the state became the nation's railroad hub, with Chicago at its center. Speculators, greed, growth, and regulation followed as the railroad industry consumed unprecedented amounts of capital and labor. A nationwide market resulted, and the Windy City became the site of opportunities and challenges that remain to this day. In this first-of-its-kind history, full of entertaining anecdotes and colorful characters, Simon Cordery describes the explosive growth of Illinois railroads and its impact on America. Cordery shows how railroading in Illinois influenced railroad financing, the creation of a national economy, and government regulation of business. Cordery's masterful chronicle of rail development in Illinois from 1837 to 2010 reveals how the state's expanding railroads became the foundation of the nation's rail network. 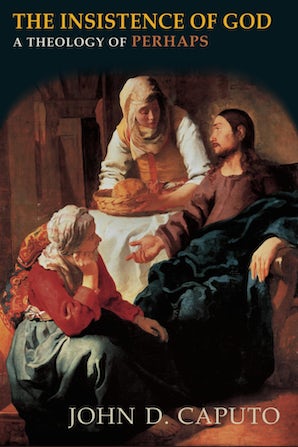 The Insistence of God

A Theology of Perhaps

The Insistence of God presents the provocative idea that God does not exist, God insists, while God's existence is a human responsibility, which may or may not happen. For John D. Caputo, God's existence is haunted by "perhaps," which does not signify indecisiveness but an openness to risk, to the unforeseeable. Perhaps constitutes a theology of what is to come and what we cannot see coming. Responding to current critics of continental philosophy, Caputo explores the materiality of perhaps and the promise of the world. He shows how perhaps can become a new theology of the gaps God opens.