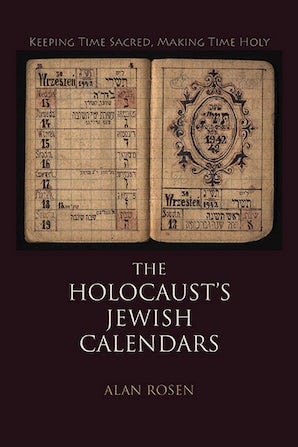 Calendars map time, shaping and delineating our experience of it. While the challenges to tracking Jewish conceptions of time during the Holocaust were substantial, Alan Rosen reveals that many took great risks to mark time within that vast upheaval. Rosen inventories and organizes Jewish calendars according to the wartime settings in which they were produced—from Jewish communities to ghettos and concentration camps. The calendars he considers reorient views of Jewish circumstances during the war and show how Jews were committed to fashioning traditional guides to daily life, even in the most extreme conditions. In a separate chapter, moreover, he elucidates how Holocaust-era diaries sometimes served as surrogate Jewish calendars. All in all, Rosen presents a revised idea of time, continuity, the sacred and the mundane, the ordinary and the extraordinary even when death and destruction were the order of the day. Rosen's focus on the Jewish calendar—the ultimate symbol of continuity, as weekday follows weekday and Sabbath follows Sabbath—sheds new light on how Jews maintained connections to their way of conceiving time even within the cauldron of the Holocaust. 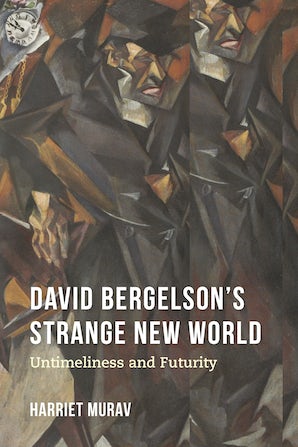 David Bergelson (1884–1952) emerged as a major literary figure who wrote in Yiddish before WWI. He was one of the founders of the Kiev Kultur-Lige and his work was at the center of the Yiddish-speaking world of the time. He was well known for creating characters who often felt the painful after-effects of the past and the clumsiness of bodies stumbling through the actions of daily life as their familiar worlds crumbled around them. In this contemporary assessment of Bergelson and his fiction, Harriet Murav focuses on untimeliness, anachronism, and warped temporality as an emotional, sensory, existential, and historical background to Bergleson's work and world. Murav grapples with the great modern theorists of time and memory, especially Henri Bergson, Sigmund Freud, and Walter Benjamin, to present Bergelson as an integral part of the philosophical and artistic experiments, political and technological changes, and cultural context of Russian and Yiddish modernism that marked his age. As a comparative and interdisciplinary study of Yiddish literature and Jewish culture, this work adds a new, ethnic dimension to understandings of the turbulent birth of modernism. 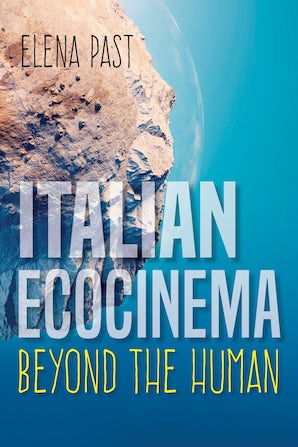 Entangled in the hybrid fields of ecomedia studies and material ecocriticism, Elena Past examines five Italian films shot on location and ponders the complex relationships that the production crews developed with the filming locations and the nonhuman cast members. She uses these films—Red Desert (1964), The Winds Blows Round (2005), Gomorrah (2008), Le quattro volte (2010), and Return to the Aeolian Islands (2010)—as case studies to explore pressing environmental questions such as cinema's dependence on hydrocarbons, the toxic waste crisis in the region of Campania, and our reliance on the nonhuman world. Dynamic and unexpected actors emerge as the subjects of each chapter: playful goats, erupting volcanoes, airborne dust particles, fluid petroleum, and even the sound of silence. Based on interviews with crew members and close readings of the films themselves, Italian Ecocinema Beyond the Human theorizes how filmmaking practice—from sound recording to location scouting to managing a production—helps uncover cinema's ecological footprint and its potential to open new perspectives on the nonhuman world. 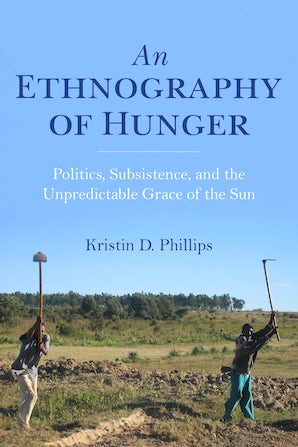 An Ethnography of Hunger

Politics, Subsistence, and the Unpredictable Grace of the Sun

In An Ethnography of Hunger Kristin D. Phillips examines how rural farmers in central Tanzania negotiate the interconnected projects of subsistence, politics, and rural development. Writing against stereotypical Western media images of spectacular famine in Africa, she examines how people live with—rather than die from—hunger. Through tracing the seasonal cycles of drought, plenty, and suffering and the political cycles of elections, development, and state extraction, Phillips studies hunger as a pattern of relationships and practices that organizes access to food and profoundly shapes agrarian lives and livelihoods. Amid extreme inequality and unpredictability, rural people pursue subsistence by alternating between—and sometimes combining—rights and reciprocity, a political form that she calls "subsistence citizenship." Phillips argues that studying subsistence is essential to understanding the persistence of global poverty, how people vote, and why development projects succeed or fail. 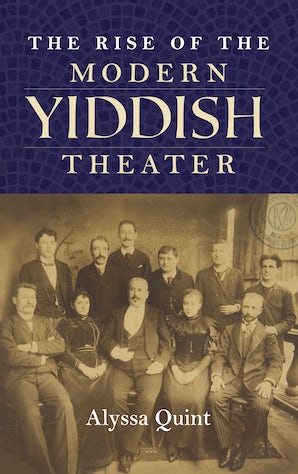 Alyssa Quint focuses on the early years of the modern Yiddish theater, from roughly 1876 to 1883, through the works of one of its best-known and most colorful figures, Avrom Goldfaden. Goldfaden (né Goldenfaden, 1840-1908) was one of the first playwrights to stage a commercially viable Yiddish-language theater, first in Romania and then in Russia. Goldfaden's work was rapidly disseminated in print and his plays were performed frequently for Jewish audiences. Sholem Aleichem considered him as a forger of a new language that "breathed the European spirit into our old jargon." Quint uses Goldfaden's theatrical works as a way to understand the social life of Jewish theater in Imperial Russia. Through a study of his libretti, she looks at the experiences of Russian Jewish actors, male and female, to explore connections between culture as artistic production and culture in the sense of broader social structures. Quint explores how Jewish actors who played Goldfaden's work on stage absorbed the theater into their everyday lives. Goldfaden's theater gives a rich view into the conduct, ideology, religion, and politics of Jews during an important moment in the history of late Imperial Russia.