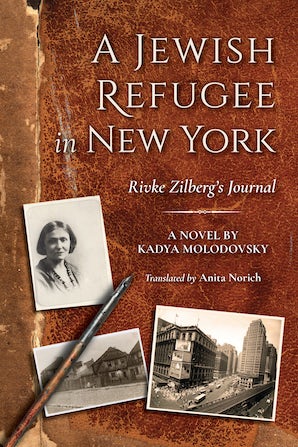 A Jewish Refugee in New York

Rivke Zilberg, a 20-year-old Jewish woman, arrives in New York shortly after the Nazi invasion of Poland, her home country. Struggling to learn a new language and cope with a different way of life in the United States, Rivke finds herself keeping a journal about the challenges and opportunities of this new land. In her attempt to find a new life as a Jewish immigrant in the US, Rivke shares the stories of losing her mother to a bombing in Lublin, jilting a fiancé who has made his way to Palestine, and a flirtatious relationship with an American "allrightnik."

In this fictionalized journal originally published in Yiddish, author Kadya Molodovsy provides keen insight into the day-to-day activities of the large immigrant Jewish community of New York. By depicting one woman's struggles as a Jewish refugee in the US during WWII, Molodovsky points readers to the social, political, and cultural tensions of that time and place. 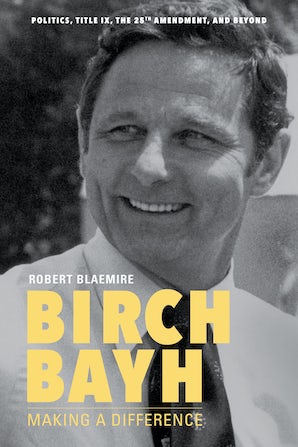 Discover the Remarkable Life of the Author of the 25th Amendment and Title IX: Birch Bayh

A remarkable history of one of the most legendary US senators of our time, Birch Bayh: Making a Difference reveals a life and career dedicated to the important issues facing Indiana and the nation, including civil rights and equal rights for women. Born in Terre Haute, Indiana, right before the Great Depression, Birch Bayh served more than 25 years in the Indiana General Assembly (1954–1962) and the United States Senate (1963–1981). His influence was seen in landmark legislation over his tenure, including Title IX, the 25th Amendment, the 26th Amendment, Civil Rights of the Institutionalized, Juvenile Justice & Delinquency Prevention Act, and the Bayh-Dole Act. Bayh was also the author, chief Senate sponsor, and floor leader of the Equal Rights Amendment and successfully led the opposition to two Nixon nominees to the Supreme Court. Robert Blaemire profiles not only the prolific career of this remarkable senator but also an era when compromise and bipartisanship were common in Congress. 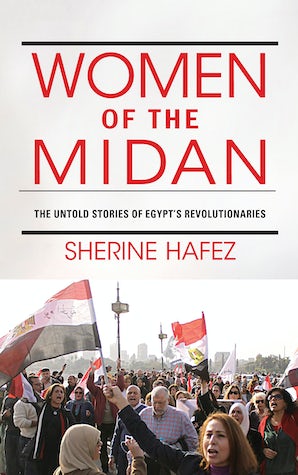 In Women of the Midan, Sherine Hafez demonstrates how women were a central part of revolutionary process of the Arab Spring. Women not only protested in the streets of Cairo, they demanded democracy, social justice, and renegotiation of a variety of sociocultural structures that repressed and disciplined them. Women's resistance to state control, Islamism, neoliberal market changes, the military establishment, and patriarchal systems forged new paths of dissent and transformation. Through firsthand accounts of women who participated in the revolution, Hafez illustrates how the gendered body signifies collective action and the revolutionary narrative. Using the concept of rememory, Hafez shows how the body is inseparably linked to the trauma of the revolutionary struggle. While delving into the complex weave of public space, government control, masculinity, and religious and cultural norms, Hafez sheds light on women's relationship to the state in the Arab world today and how the state, in turn, shapes individuals and marks gendered bodies. 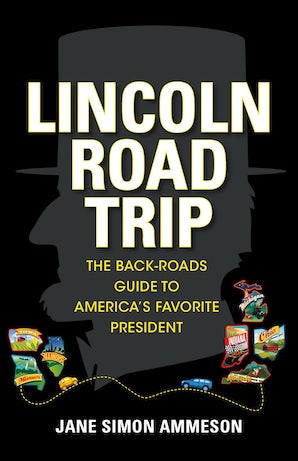 America's favorite president sure got around. Before Abraham Lincoln's sojourned to the Oval Office, he grew up in Kentucky and began his career as a lawyer in Illinois. In fact, Lincoln toured some amazing places throughout the Midwest in his lifetime. In Lincoln Road Trip: The Back-Roads Guide to America's Favorite President, Jane Simon Ammeson will help you step back into history by visiting the sites where Lincoln lived and visited.
This fun and entertaining travel guide includes the stories behind the quintessential Lincoln sites, while also taking you off the beaten path to fascinating and lesser-known historical places. Visit the Log Inn in Warrenton, Indiana (now the oldest restaurant in the state), where Lincoln stayed in 1844 when he was campaigning for Henry Clay. Or visit key places in Lincoln's life, like the home of merchant Colonel Jones, who allowed a young Abe to read all his books, or Ward's Academy, where Mary Todd Lincoln attended school. Along with both famous and overlooked places with Lincoln connections, Ammeson profiles nearby attractions to round out your trip, like Holiday World, a family-owned amusement park that goes well with a trip to the Lincoln Boyhood National Memorial and Lincoln State Park.
Featuring new and exciting Lincoln tales from Springfield, Illinois; Beardstown, Kentucky; Booneville, Indiana; Alton, Illinois; and many more, Lincoln Road Trip is a fun adventure through America's heartland that will bring Lincoln's incredible story to life. 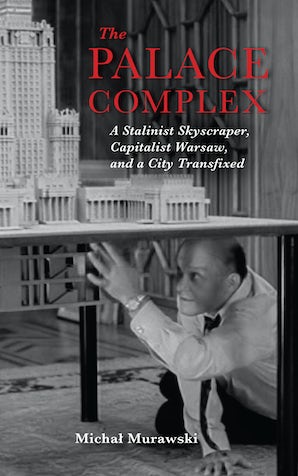 A Stalinist Skyscraper, Capitalist Warsaw, and a City Transfixed

The Palace of Culture and Science is a massive Stalinist skyscraper that was "gifted" to Warsaw by the Soviet Union in 1955. Framing the Palace's visual, symbolic, and functional prominence in the everyday life of the Polish capital as a sort of obsession, locals joke that their city suffers from a "Palace of Culture complex." Despite attempts to privatize it, the Palace remains municipally owned, and continues to play host to a variety of public institutions and services. The Parade Square, which surrounds the building, has resisted attempts to convert it into a money-making commercial center. Author Michał Murawski traces the skyscraper's powerful impact on 21st century Warsaw; on its architectural and urban landscape; on its political, ideological, and cultural lives; and on the bodies and minds of its inhabitants. The Palace Complex explores the many factors that allow Warsaw's Palace to endure as a still-socialist building in a post-socialist city.