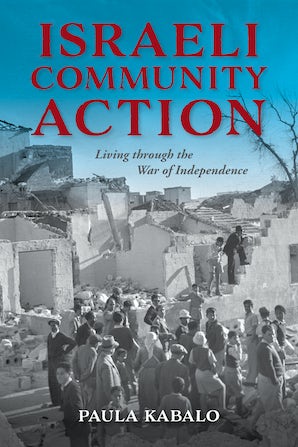 Living through the War of Independence

When the 1948 Israeli War of Independence broke out, population centers were rocked by sniper fire, bombings, and roadside ambushes. As the fighting moved out of the cities into desert areas, private citizens and community organizations left behind organized to revitalize and restore life in their devastated communities. In Israeli Community Action, Paula Kabalo presents a vivid portrait of these civilians who strove to help each other cope with the realities of war.

Kabalo explores how civilian militias were recruited, how neighborhoods were protected, how older populations were enlisted into the war effort, and how women were organized to provide medical aid or establish refugee centers. She demonstrates that each phase of the war brought along new challenges to the population of the young state of Israel, but she also illuminates how the engagement of Israelis in community efforts brought them together and shored them up to face the future in their new country. 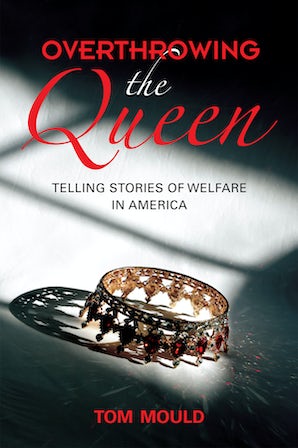 Telling Stories of Welfare in America

In 1976, Ronald Reagan hit the campaign trail with an extraordinary account of a woman committing massive welfare fraud. The story caught fire and a devastating symbol of the misuse government programs was born: the Welfare Queen. Overthrowing the Queen examines these legends of fraud and abuse while bringing to light personal stories of hardship and hope told by cashiers, bus drivers, and business owners; politicians and aid providers; and, most important, aid recipients themselves. Together these stories reveal how the seemingly innocent act of storytelling can create not only powerful stereotypes that shape public policy, but also redemptive counter-narratives that offer hope of a more accurate, fair, and empathetic view of poverty in America today. Overthrowing the Queen tackles perceptions of welfare recipients while proposing new approaches to the study of oral narrative that extend far beyond the study of welfare, poverty, and social justice.

The story of the battlefield in the 20th century was dominated by a handful of developments. Foremost of these was the introduction and refinement of tanks. In Tank Warfare, prominent military historian Jeremy Black offers a comprehensive global account of the history of tanks and armored warfare in the 20th and 21st centuries. First introduced onto the battlefield during the World War I, tanks represented the reconciliation of firepower and mobility and immediately seized the imagination of commanders and commentators concerned about the constraints of ordinary infantry. The developments of technology and tactics in the interwar years were realized in the German blitzkrieg in World War II and beyond. Yet the account of armor on the battlefield is a tale of limitations and defeats as well as of potential and achievements. Tank Warfare examines the traditional narrative of armored warfare while at the same time challenging it, and Black suggests that tanks were no "silver bullet" on the battlefield. Instead, their success was based on their inclusion in the general mix of weaponry available to commanders and the context in which they were used. 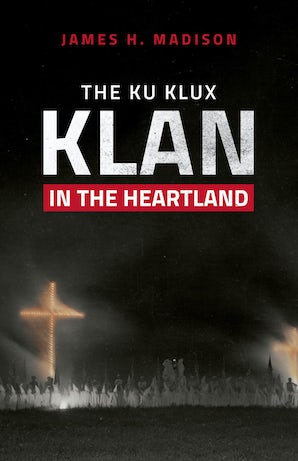 The Ku Klux Klan in the Heartland

"Who is an American?" asked the Ku Klux Klan. It is a question that echoes as loudly today as it did in the early twentieth century. But who really joined the Klan? Were they "hillbillies, the Great Unteachables" as one journalist put it? It would be comforting to think so, but how then did they become one of the most powerful political forces in our nation's history?

In The Ku Klux Klan in the Heartland, renowned historian James H. Madison details the creation and reign of the infamous organization. Through the prism of their operations in Indiana and the Midwest, Madison explores the Klan's roots in respectable white protestant society. Convinced that America was heading in the wrong direction because of undesirable "un-American" elements, Klan members did not see themselves as bigoted racist extremists but as good Christian patriots joining proudly together in a righteous moral crusade.

The Ku Klux Klan in the Heartland offers a detailed history of this powerful organization and examines how, through its use of intimidation, religious belief, and the ballot box, the ideals of Klan in the 1920s have on-going implications for America today. 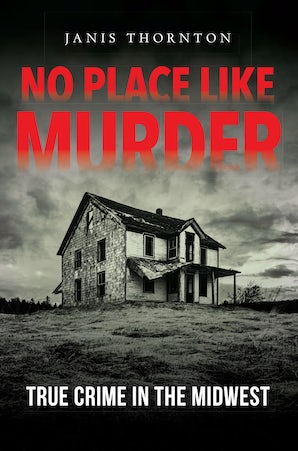 A modern retelling of 20 sensational true crimes, No Place Like Murder reveals the inside details behind nefarious acts that shocked the Midwest between 1869 and 1950. The stories chronicle the misdeeds, examining the perpetrators' mindsets, motives, lives, apprehensions, and trials, as well as what became of them long after.
True crime author Janis Thornton profiles notorious murderers such as Frankie Miller, who was fed up when her fiancé stood her up for another woman. As fans of the song "Frankie and Johnny" already know, Frankie met her former lover at the door with a shotgun.
Thornton's tales reveal the darker side of life in the Midwest, including the account of Isabelle Messmer, a plucky young woman who dreamed of escaping her quiet farm-town life. After she nearly took down two tough Pittsburgh policemen in 1933, she was dubbed "Gun Girl" and went on to make headlines from coast to coast. In 1942, however, after a murder conviction in Texas, she vowed to do her time and go straight. Full of intrigue and revelations, No Place Like Murder also features such folks as Chirka and Rasico, the first two Hoosier men to die in the electric chair after they brutally murdered their wives in 1913. The two didn't meet until their fateful last night.
An enthralling and chilling collection, No Place Like Murder is sure to thrill true crime lovers.