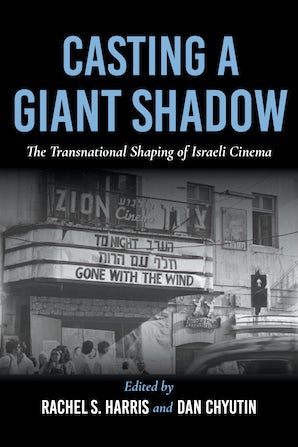 The Transnational Shaping of Israeli Cinema

Film came to the territory that eventually became Israel not long after the medium was born. Casting a Giant Shadow is a collection of articles that embraces the notion of transnationalism to consider the limits of what is "Israeli" within Israeli cinema.

As the State of Israel developed, so did its film industries. Moving beyond the early films of the Yishuv, which focused on the creation of national identity, the industry and its transnational ties became more important as filmmakers and film stars migrated out and foreign films, filmmakers, and actors came to Israel to take advantage of high-quality production values and talent. This volume, edited by Rachel Harris and Dan Chyutin, uses the idea of transnationalism to challenge the concept of a singular definition of Israeli cinema.

Casting a Giant Shadow offers a new understanding of how cinema has operated artistically and structurally in terms of funding, distribution, and reception. The result is a thorough investigation of the complex structure of the transnational and its impact on national specificity when considered on the global stage. 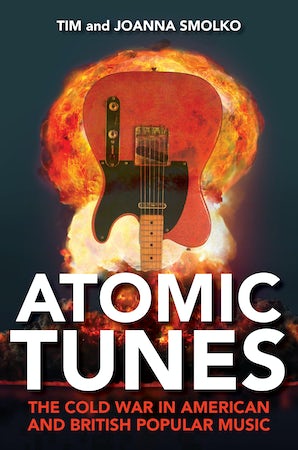 The Cold War in American and British Popular Music

What is the soundtrack for a nuclear war?

During the Cold War, over 500 songs were written about nuclear weapons, fear of the Soviet Union, civil defense, bomb shelters, McCarthyism, uranium mining, the space race, espionage, the Berlin Wall, and glasnost. This music uncovers aspects of these world-changing events that documentaries and history books cannot. In Atomic Tunes, Tim and Joanna Smolko explore everything from the serious to the comical, the morbid to the crude, showing the widespread concern among musicians coping with the effect of communism on American society and the threat of a nuclear conflict of global proportions.

Atomic Tunes presents a musical history of the Cold War, analyzing the songs that capture the fear of those who lived under the shadow of Stalin, Sputnik, mushroom clouds, and missiles. 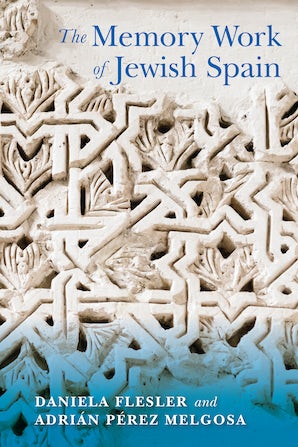 The Memory Work of Jewish Spain

The 2015 law granting Spanish nationality to the descendants of Jews expelled in 1492 is the latest example of a widespread phenomenon in contemporary Spain, the "re-discovery" of its Jewish heritage.

In The Memory Work of Jewish Spain, Daniela Flesler and Adrián Pérez Melgosa examine the implications of reclaiming this memory through the analysis of a comprehensive range of emerging cultural practices, political initiatives and institutions in the context of the long history of Spain's ambivalence towards its Jewish past.

Through oral interviews, analyses of museums, newly reconfigured "Jewish quarters," excavated Jewish sites, popular festivals, tourist brochures, literature and art, The Memory Work of Jewish Spain explores what happens when these initiatives are implemented at the local level in cities and towns throughout Spain, and how they affect Spain's present. 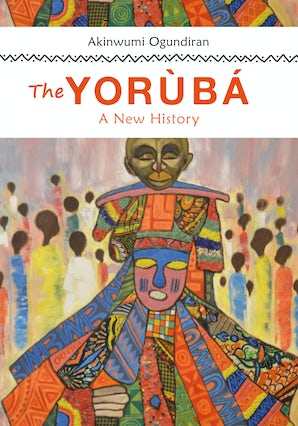 The Yoruba: A New History  is the first transdisciplinary study of the two-thousand-year journey of the Yoruba people, from their origins in a small corner of the Niger-Benue Confluence in present-day Nigeria to becoming one of the most populous cultural groups on the African continent.

Weaving together archaeology with linguistics, environmental science with oral traditions, and material culture with mythology, Ogundiran examines the local, regional, and even global dimensions of Yoruba history. The Yoruba: A New History  offers an intriguing cultural, political, economic, intellectual, and social history from ca. 300 BC to 1840. It accounts for the events, peoples, and practices, as well as the theories of knowledge, ways of being, and social valuations that shaped the Yoruba experience at different junctures of time. The result is a new framework for understanding the Yoruba past and present. 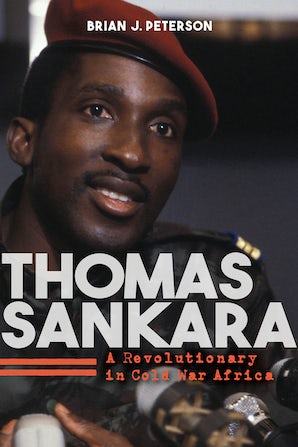 A Revolutionary in Cold War Africa

Thomas Sankara: A Revolutionary in Cold War Africa offers the first complete biography in English of the dynamic revolutionary leader from Burkina Faso, Thomas Sankara. Coming to power in 1983, Sankara set his sights on combating social injustice, poverty, and corruption in his country, fighting for women's rights, direct forms of democracy, economic sovereignty, and environmental justice.

Drawing on government archival sources and over a hundred interviews with Sankara's family members, friends, and closest revolutionary colleagues, Brian J. Peterson details Sankara's political career and rise to power, as well as his assassination at age 37 in 1987, in a plot led by his close friend Blaise Compaoré.

Thomas Sankara: A Revolutionary in Cold War Africa offers a unique, critical appraisal of Sankara and explores why he generated such enthusiasm and hope in Burkina Faso and beyond, why he was such a polarizing figure, how his rivals seized power from him, and why T-shirts sporting his image still appear on the streets today.