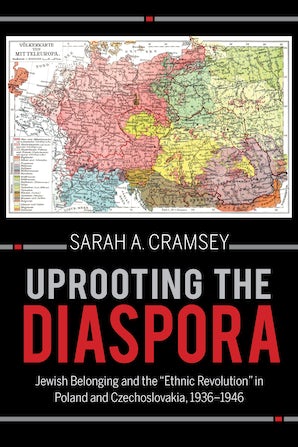 Jewish Belonging and the "Ethnic Revolution" in Poland and Czechoslovakia, 1936–1946

In Uprooting the Diaspora, Sarah Cramsey explores how the Jewish citizens rooted in interwar Poland and Czechoslovakia became the ideal citizenry for a post–World War II Jewish state in the Middle East. She asks, how did new interpretations of Jewish belonging emerge and gain support amongst Jewish and non-Jewish decision makers exiled from wartime east central Europe and the powerbrokers surrounding them?

Usually, the creation of the State of Israel is cast as a story that begins with Herzl and is brought to fulfillment by the Holocaust. To reframe this trajectory, Cramsey draws on a vast array of historical sources to examine what she calls a "transnational conversation" carried out by a small but influential coterie of Allied statesmen, diplomats in international organizations, and Jewish leaders who decided that the overall disentangling of populations in postwar east central Europe demanded the simultaneous intellectual and logistical embrace of a Jewish homeland in Palestine as a territorial nationalist project.

Uprooting the Diaspora slows down the chronology between 1936 and 1946 to show how individuals once invested in multi-ethnic visions of diasporic Jewishness within east central Europe came to define Jewishness primarily in ethnic terms. This revolution in thinking about Jewish belonging combined with a sweeping change in international norms related to population transfers and accelerated, deliberate postwar work on the ground in the region to further uproot Czechoslovak and Polish Jews from their prewar homes. 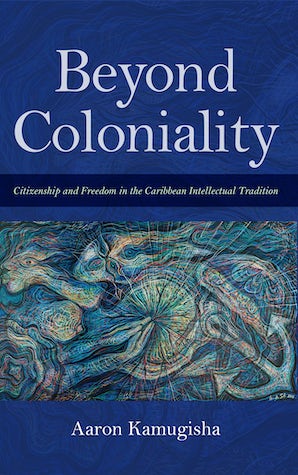 Against the lethargy and despair of the contemporary Anglophone Caribbean experience, Aaron Kamugisha gives a powerful argument for advancing Caribbean radical thought as an answer to the conundrums of the present. Beyond Coloniality is an extended meditation on Caribbean thought and freedom at the beginning of the 21st century and a profound rejection of the postindependence social and political organization of the Anglophone Caribbean and its contentment with neocolonial arrangements of power. Kamugisha provides a dazzling reading of two towering figures of the Caribbean intellectual tradition, C. L. R. James and Sylvia Wynter, and their quest for human freedom beyond coloniality. Ultimately, he urges the Caribbean to recall and reconsider the radicalism of its most distinguished 20th-century thinkers in order to imagine a future beyond neocolonialism. 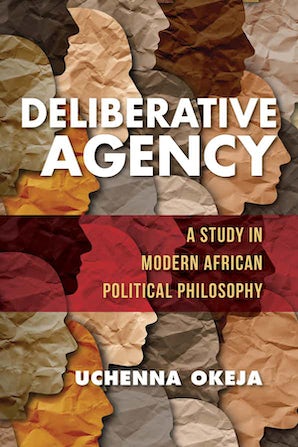 Public deliberation, highly valued by many African societies, becomes the cornerstone of a new system of African political philosophy in this brilliant, highly original study. In Deliberative Agency, philosopher Uchenna Okeja offers a way to construct a new political center by building it around the ubiquitous African practice of public deliberation, a widely accepted means to resolve legal matters, reconcile feuding groups, and reestablish harmony.

In cities, hometown associations and voluntary organizations carry out the task of fostering deliberation among African groups for different reasons. In some instances, the deliberation aims to settle disputes. In others, the aim is to decide the best action to take to address unfortunate incidents such as death.

Through a measured, comparative analysis, Deliberative Agency argues that the best way to reimagine and harness the idea of public deliberation, based on current experiences in Africa, is to see it as performance of agency. Building a new political center around the practice places agency at the core of a new political life in Africa. 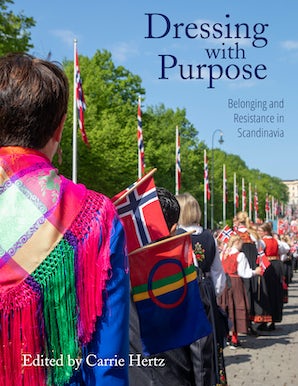 Belonging and Resistance in Scandinavia

Dress helps us fashion identity, history, community, and place. Dress has been harnessed as a metaphor for both progress and stability, the exotic and the utopian, oppression and freedom, belonging and resistance. Dressing with Purpose examines three Scandinavian dress traditions—Swedish folkdräkt, Norwegian bunad, and Sámi gákti—and traces their development during two centuries of social and political change across northern Europe.

By the 20th century, many in Sweden worried about the ravages of industrialization, urbanization, and emigration on traditional ways of life. Norway was gripped in a struggle for national independence. Indigenous Sámi communities—artificially divided by national borders and long resisting colonial control—rose up in protests that demanded political recognition and sparked cultural renewal. Within this context of European nation-building, colonial expansion, and Indigenous activism, traditional dress took on special meaning as folk, national, or ethnic minority costumes—complex categories that deserve reexamination today.

Through lavishly illustrated and richly detailed case studies, Dressing with Purpose introduces readers to individuals who adapt and revitalize dress traditions to articulate who they are, proclaim personal values and group allegiances, strive for sartorial excellence, reflect critically on the past, and ultimately, reshape the societies they live in. 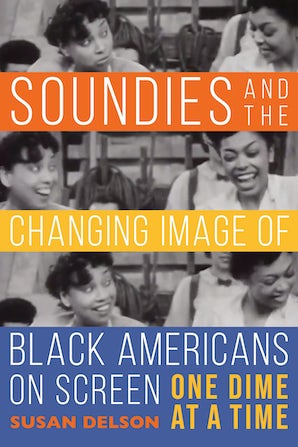 Soundies and the Changing Image of Black Americans on Screen

One Dime at a Time

In the 1940s, folks at bars and restaurants would gather around a Panoram movie machine to watch three-minute films called Soundies, precursors to today's music videos. This history was all but forgotten until the digital era brought Soundies to phones and computer screens—including a YouTube clip starring a 102-year-old Harlem dancer watching her younger self perform in Soundies.

In Soundies and the Changing Image of Black Americans on Screen: One Dime at a Time, Susan Delson takes a deeper look at these fascinating films by focusing on the role of Black performers in this little-known genre. She highlights the women performers, like Dorothy Dandridge, who helped shape Soundies, while offering an intimate look at icons of the age, such as Duke Ellington and Nat King Cole. Using previously unknown archival materials—including letters, corporate memos, and courtroom testimony—to trace the precarious path of Soundies, Delson presents an incisive pop-culture snapshot of race relations during and just after World War II.

Perfect for readers interested in film, American history, the World War II era, and Black entertainment history, Soundies and the Changing Image of Black Americans on Screen and its companion video website (susandelson.com) bring the important contributions of these Black artists into the spotlight once again.